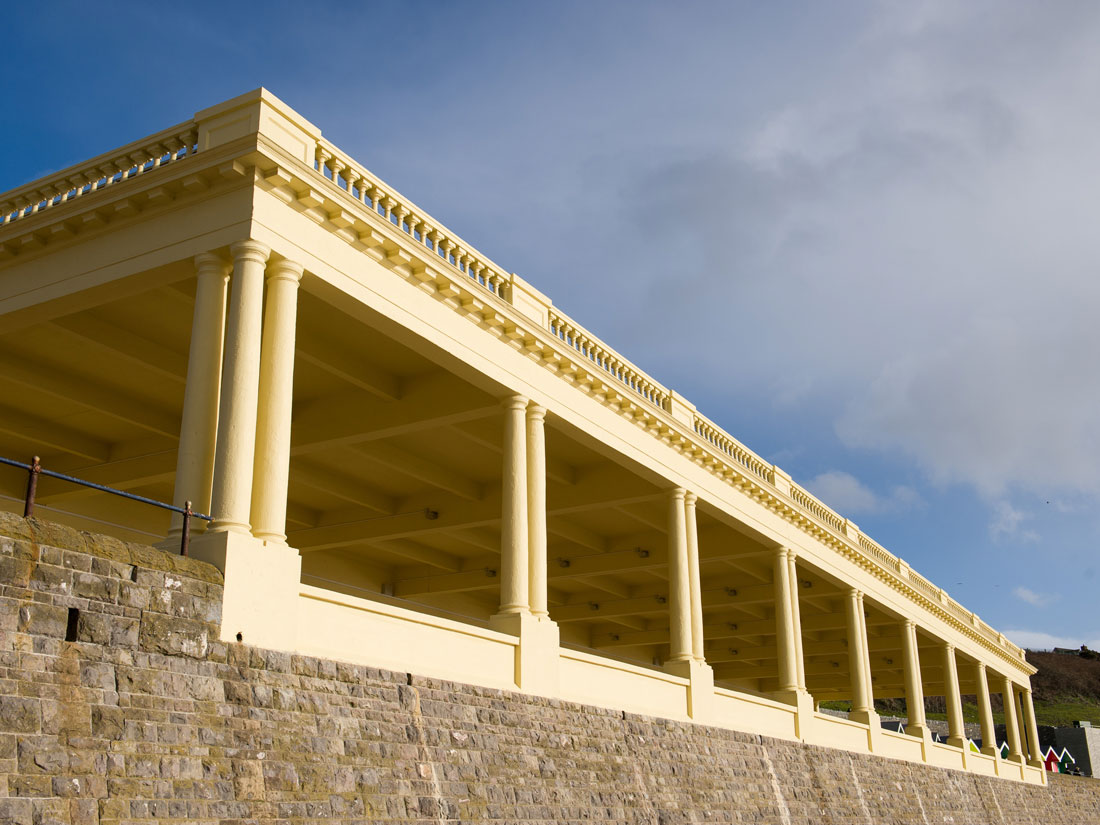 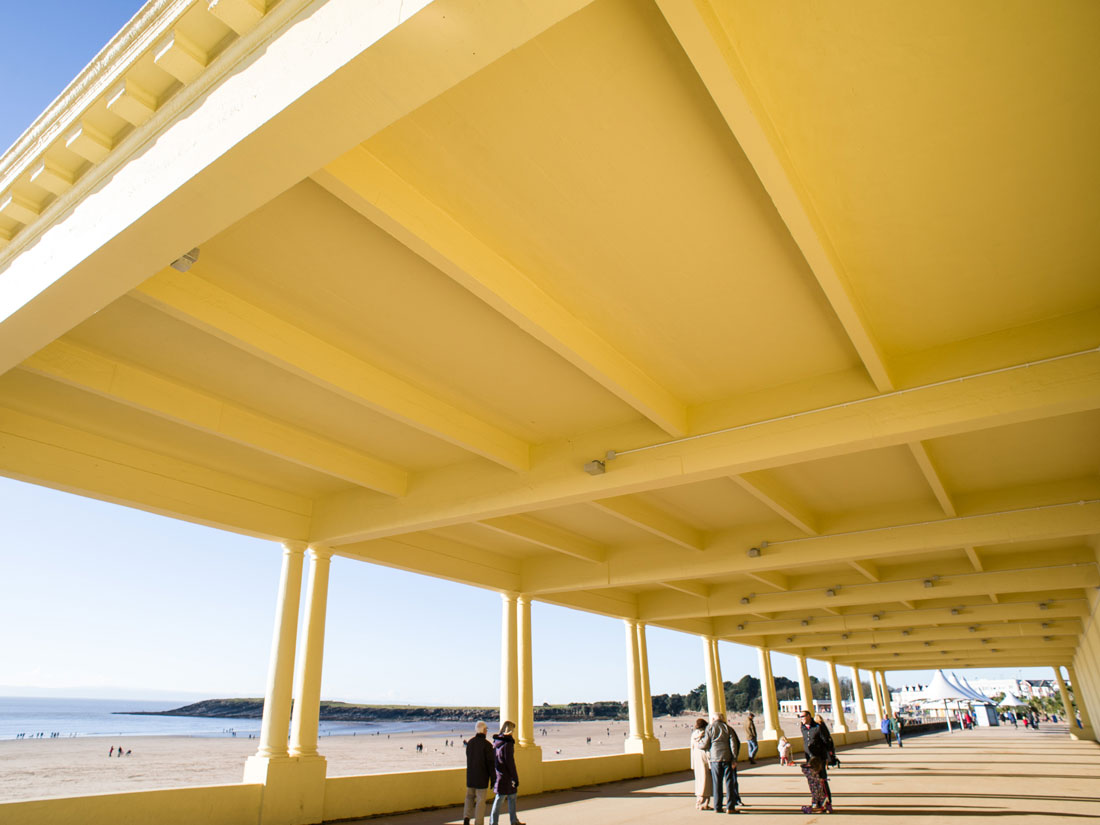 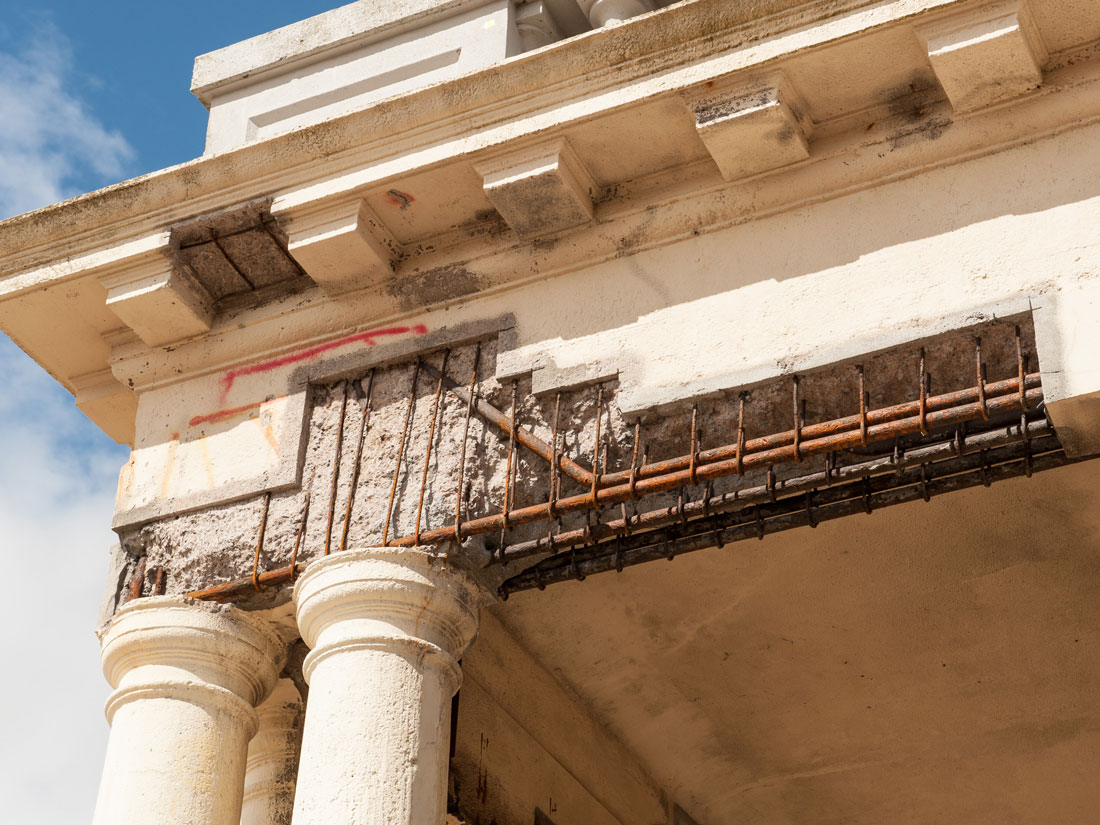 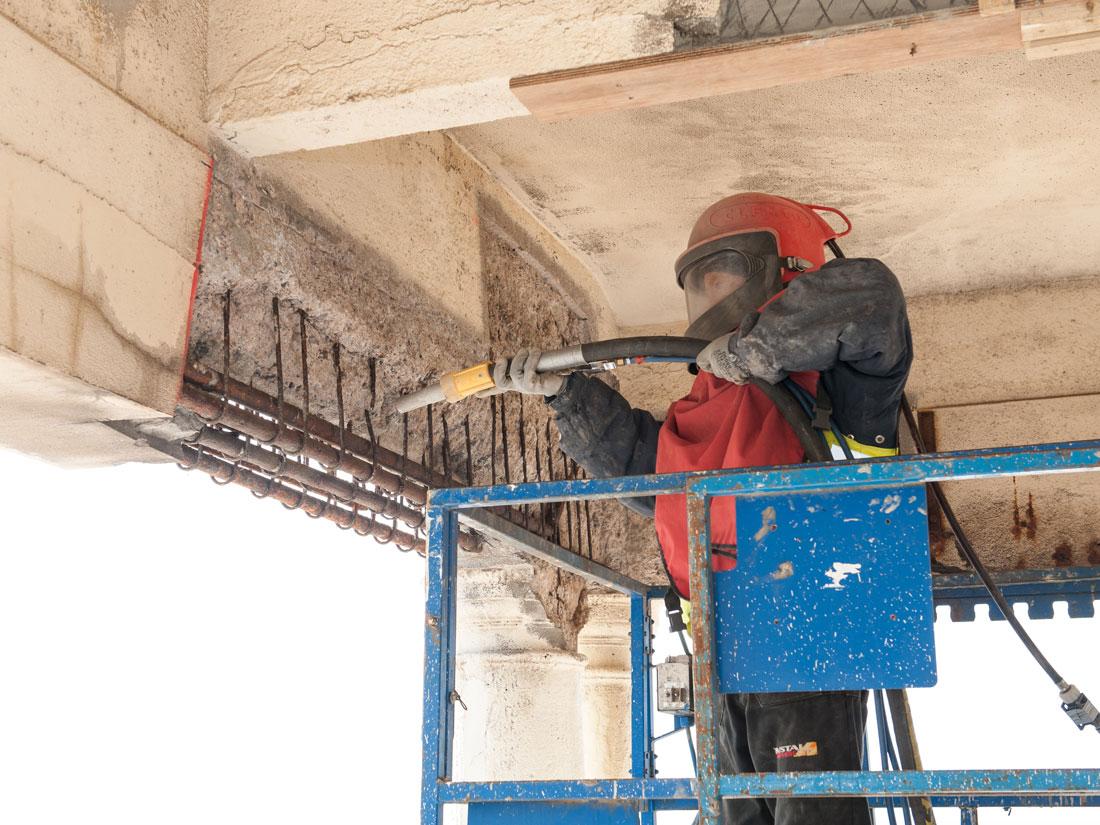 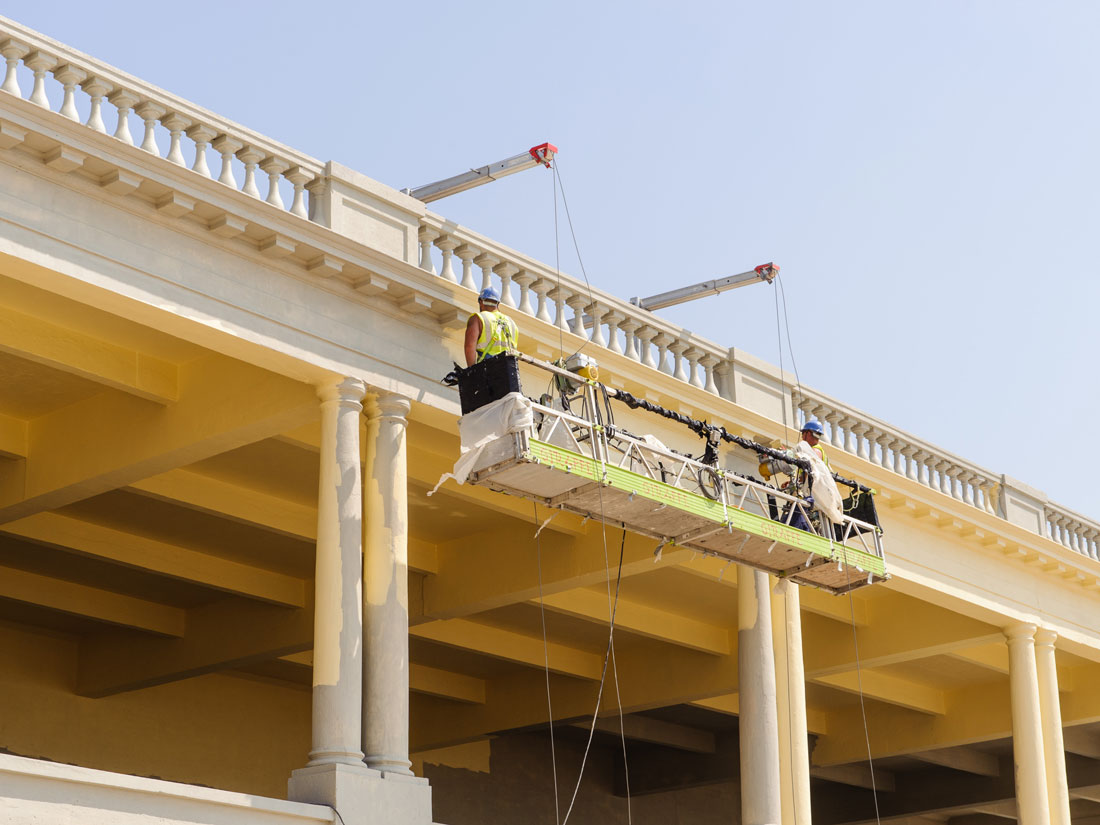 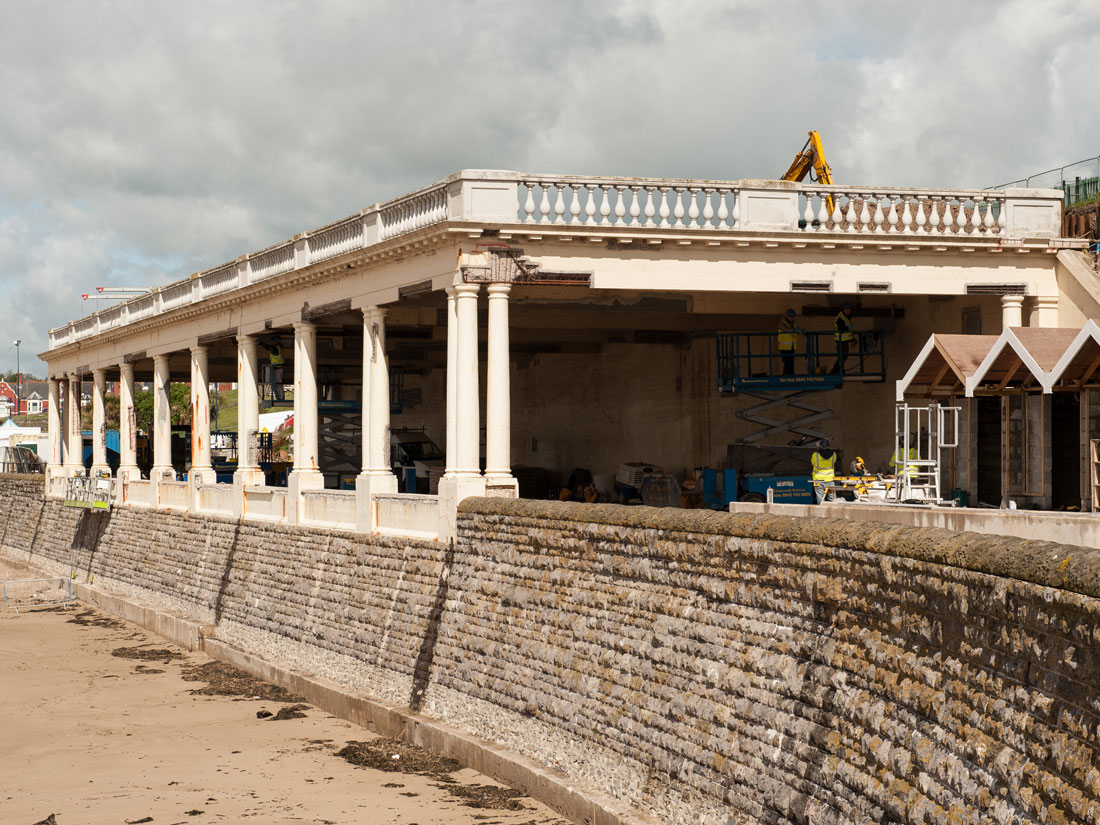 Bersche-Rolt Ltd has completed concrete repair and coating works to the Grade II listed Barry Island Eastern Shelter, as part of the regeneration of the Eastern promenade for Vale of Glamorgan Council.

The reinforced concrete structure, constructed in the 1930s, has a concrete roof slab supported by columns on the seaward side, a retaining wall on the landward side and a series of primary and secondary concrete beams.

All structural elements showed signs of concrete defects, with cracking and delamination within the beams and columns, reinforcement corrosion and peeling and discoloured paintwork.

Working closely with consultant engineers, Bingham Hall Partnership, Bersche-Rolt first carried out a survey of the structure, which included hammer testing, a cover meter survey, carbonation depth testing and the analysis of samples for chlorides, sulphate and cement content.

The Bersche-Rolt engineer prepared a specification for the repairs using products from Sika. Works included cleaning and priming the reinforcement, the application of a bonding bridge, erecting shuttering and repairing the concrete.  The complete structure was then coated with a three-part protective anti-carbonation system in a decorative coloured finish.

The survey and remedial work was completed ahead of schedule and coordinated with the other regeneration works. Cherry pickers, scissor lifts and a suspended cradle were used for access to each part of the structure.

The Eastern Shelter reopened to the public in September 2014, having been restored to its former glory. It sits proudly alongside a typographic traversing wall and colourful new beach huts.