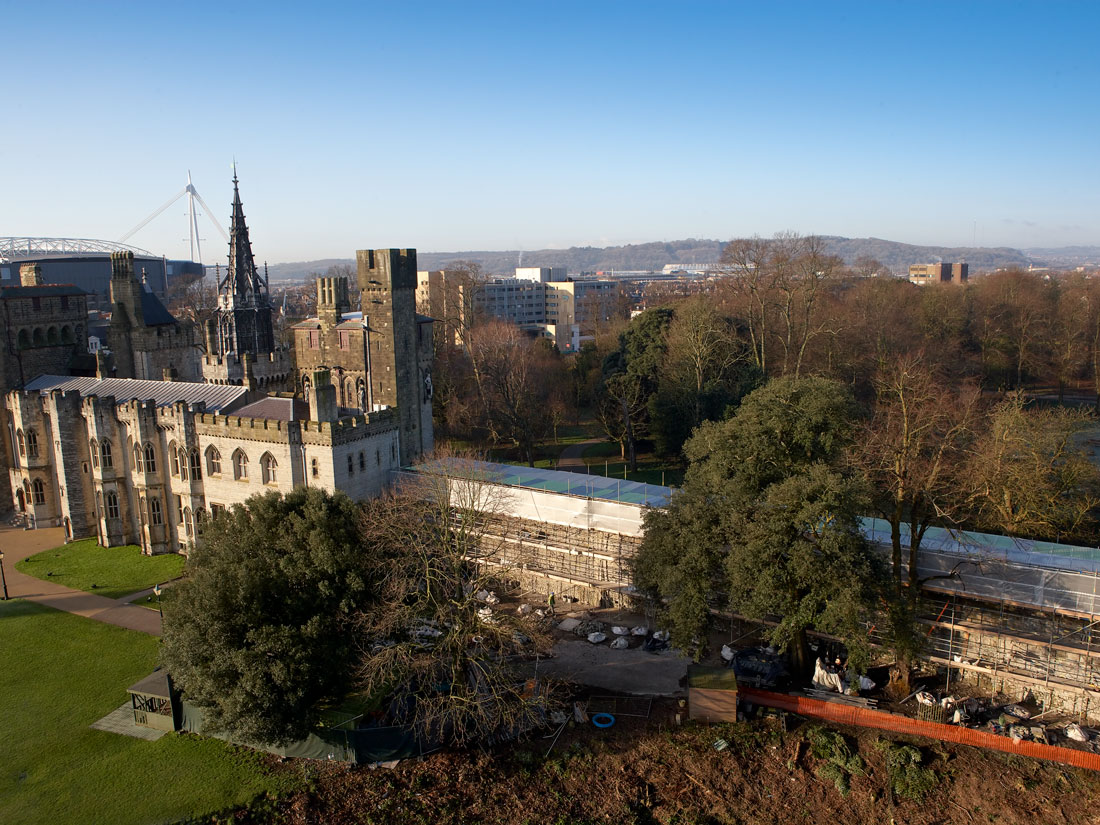 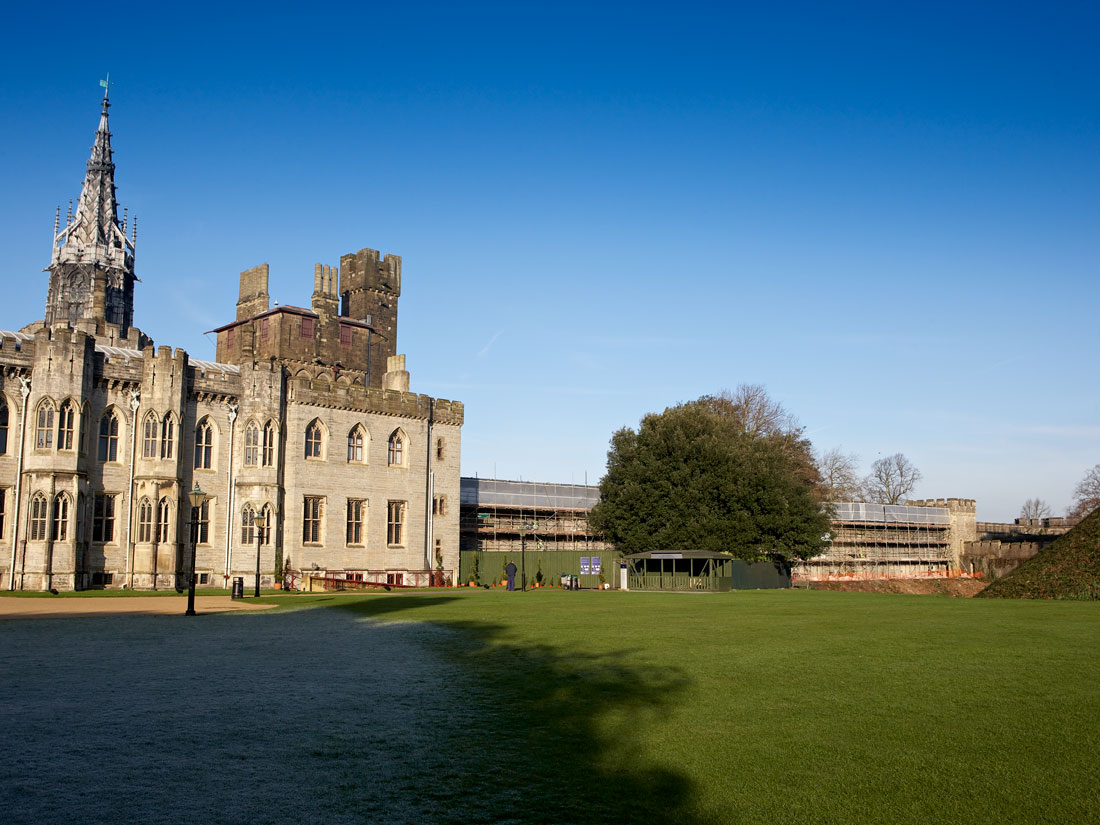 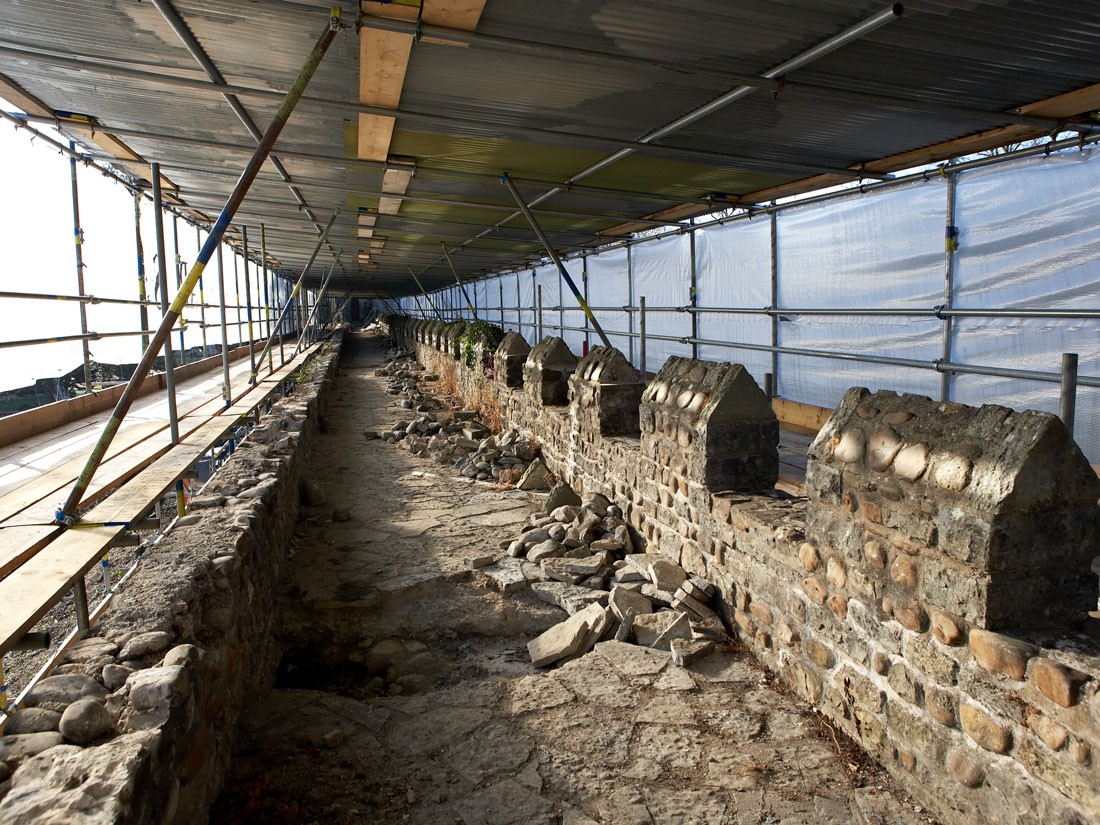 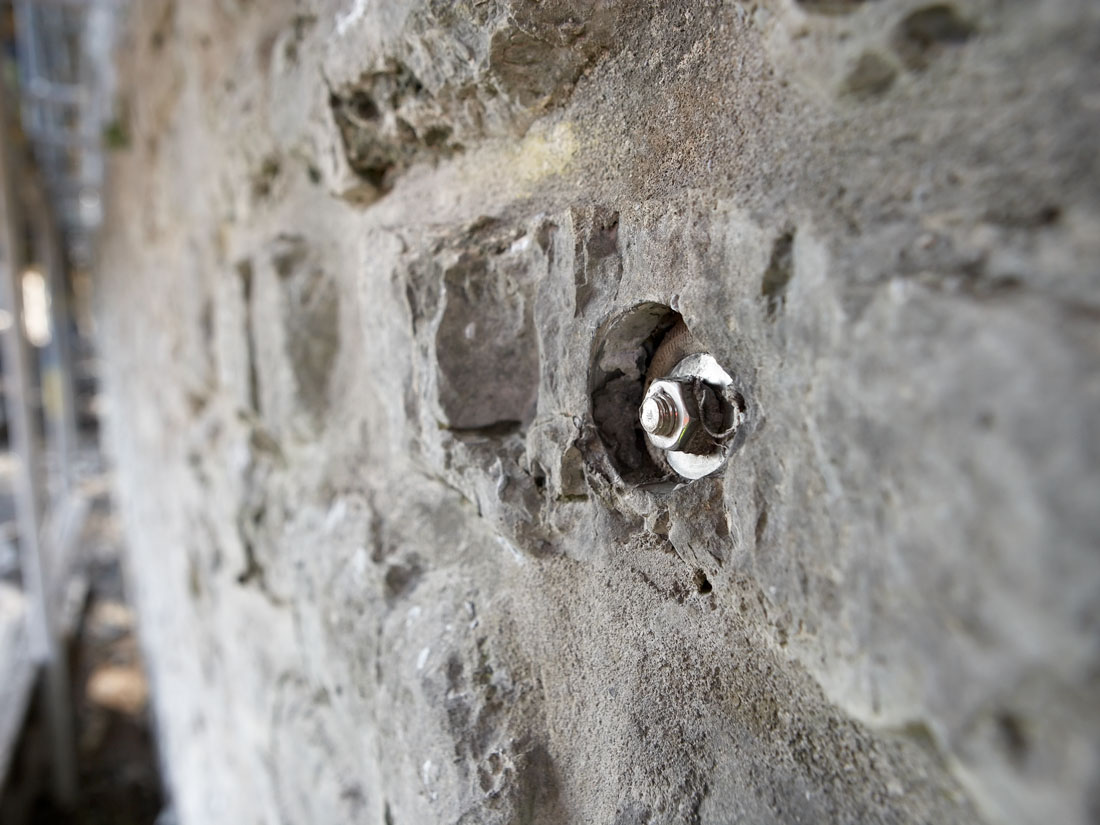 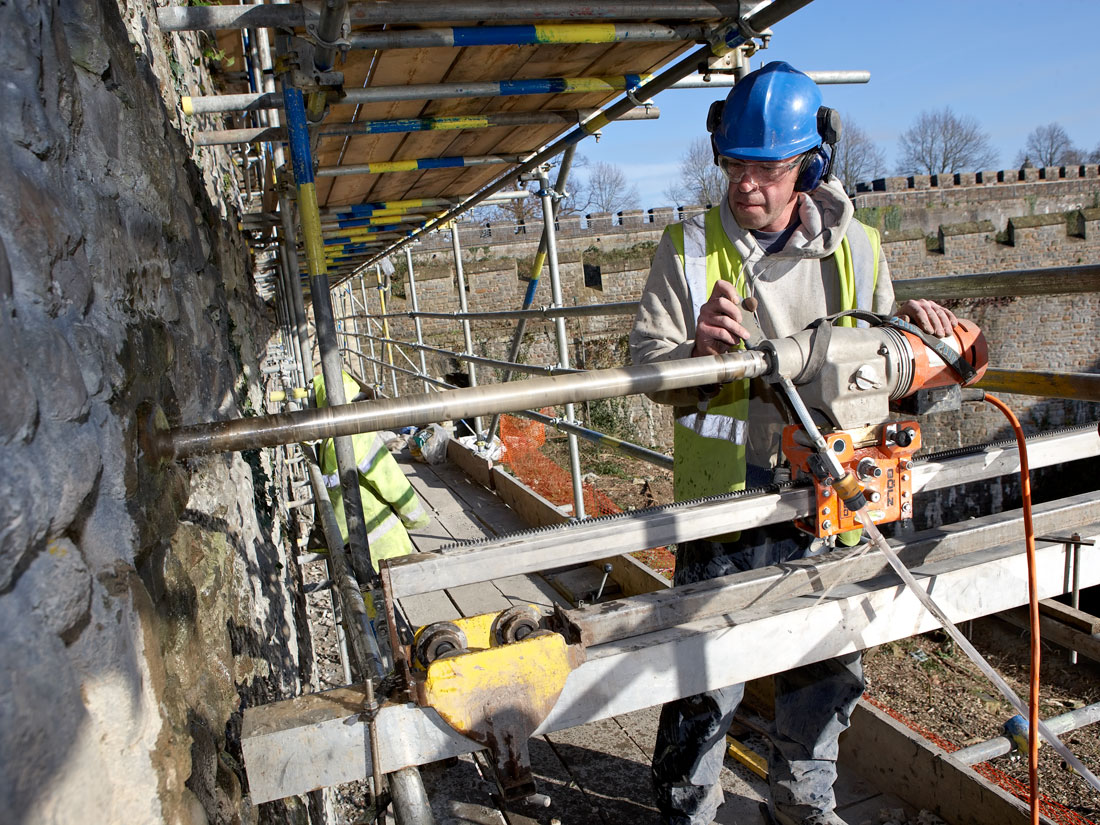 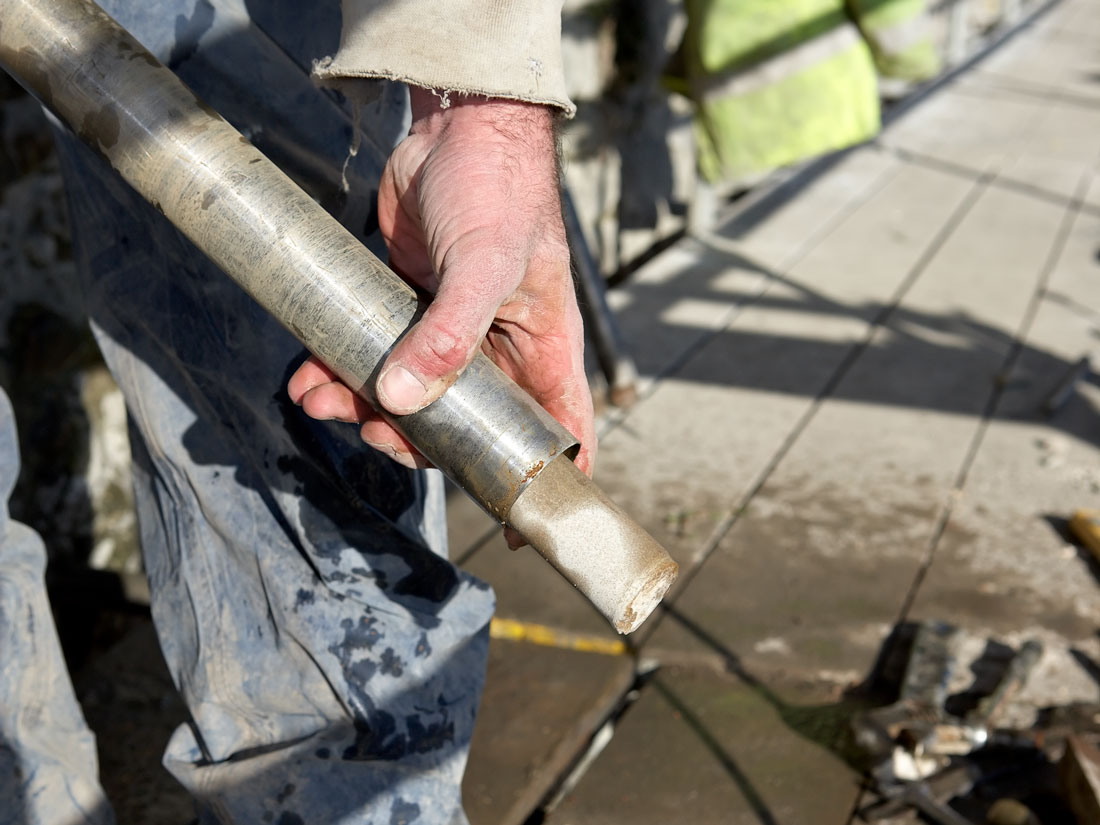 Cardiff Castle is a Grade I listed structure and of significant cultural and historical significance. A major conservation and restoration programme was initiated in 2001. The main priority was to make the structure watertight ahead of the construction of new visitor attractions inside the castle and its walls.

Ladies Walk forms part of the outer wall of the castle, believed to be part Roman, and is constructed from random stone with a variable rubble core. The top of the wall provides a walkway at high level to the main house.

As part of a thorough examination of all the masonry a laser survey revealed considerable variation in the thickness of the wall ranging from 3 m to 4 m tapering in towards the top and bulging in certain sections. It is thought that water penetration from the walkway above had caused fine material to be washed out particularly towards the east face creating voids behind the facing stone.

The consultant, John Mann of Mann Williams Consulting Engineers, determined that while the core of the wall was stable the outer faces required tying in to prevent any outward movement and trial anchors were installed and tested as part of the pre-tender qualification process.

Bersche-Rolt were awarded the contract by competitive tender to install horizontal sleeved anchor ties within the wall. The contract was let through Project Managers, Parry & Dawkin on behalf of the client, Cardiff County Council, conditions of which included a strict twelve week contract period and that the anchors have minimum visual impact on the structure.

In total twelve hundred Bersche-Rolt heavy duty anchors were installed in the wall, ranging from 1.5 m to 4 m in length. The heavy duty anchors, consisting of high yield stainless steel reinforcing bars with stainless steel spacers inside a semi-permeable sleeve, were installed in holes formed with diamond tipped core drills and bonded in place with a specially formulated cementitious grout.

The anchor and sleeve are inserted into the wall and grout is pumped into the hole at a controlled pressure. Sufficient grout is forced through the sleeve to ensure a bond between the stone and the grout. The expansion of the grouted sleeve into voids and fissures also provides a mechanical bond.

The sleeve is designed to contain most of the grout and prevent filling of significant voids within the wall. In turn this minimises changes to the fabric of the structure.

Quality check and pull out tests were carried out on randomly selected working anchors, while metal detecting equipment was used to control the depth of the drilling operation.