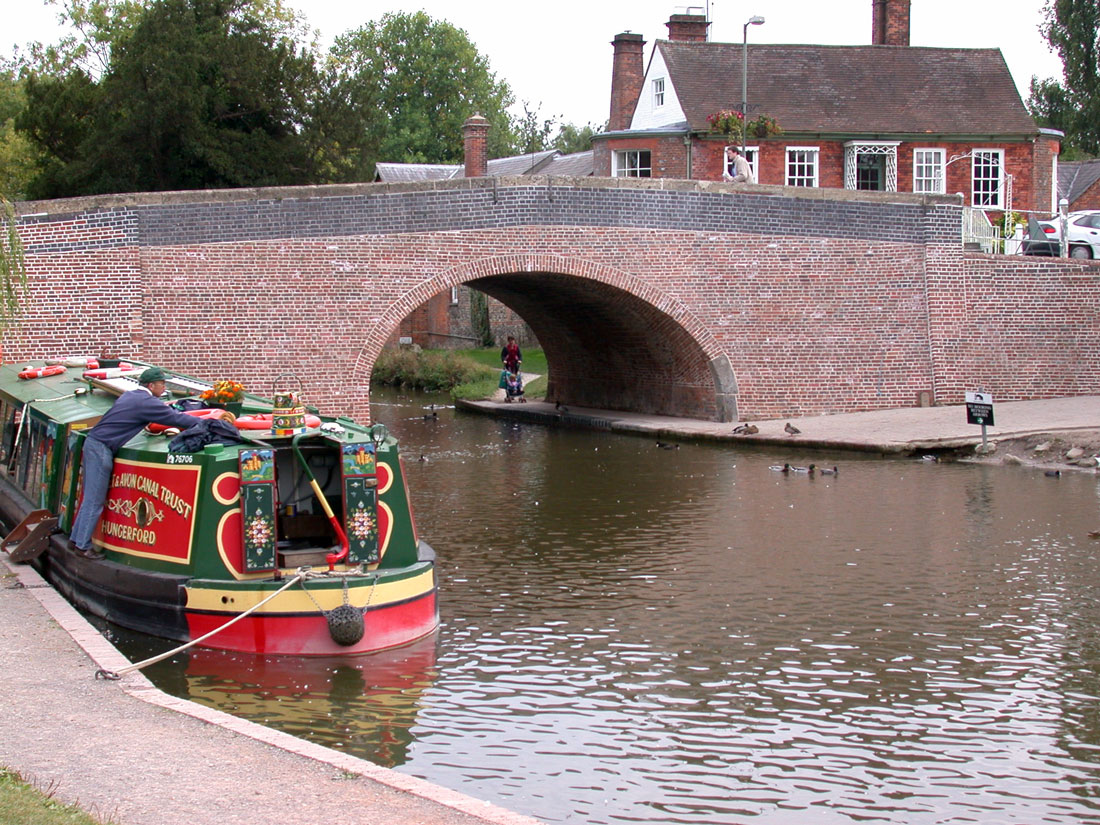 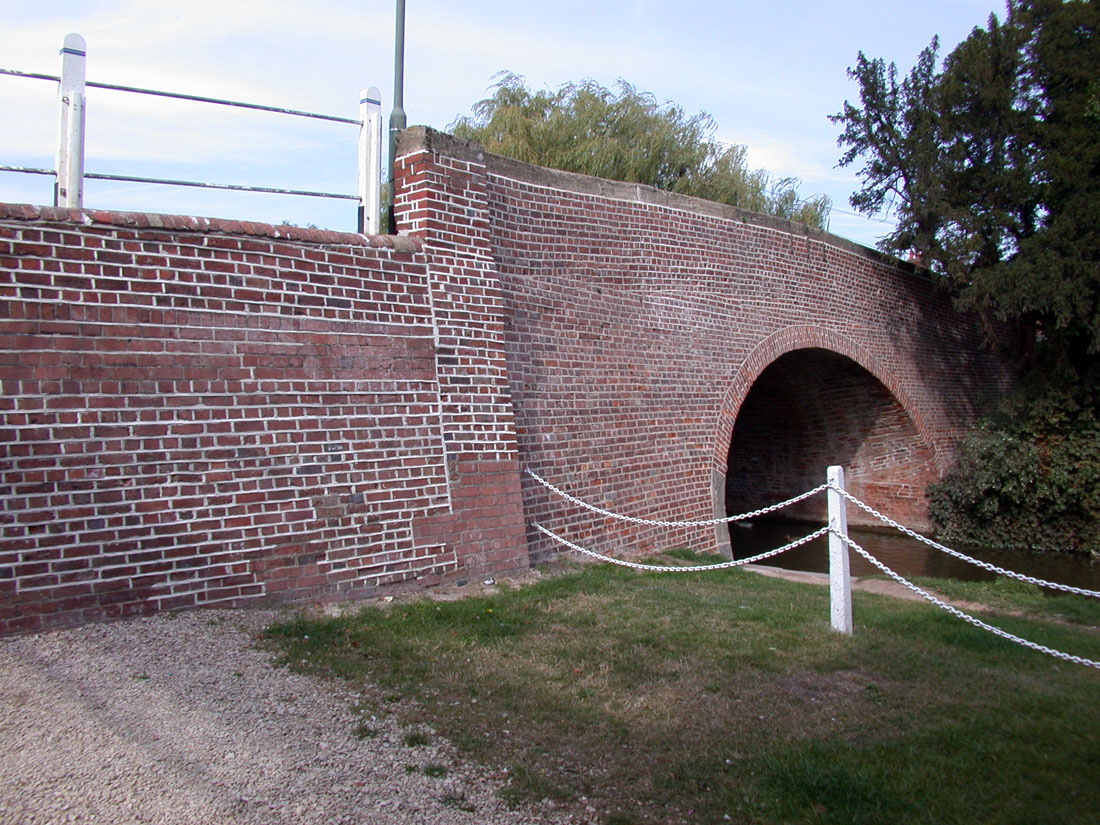 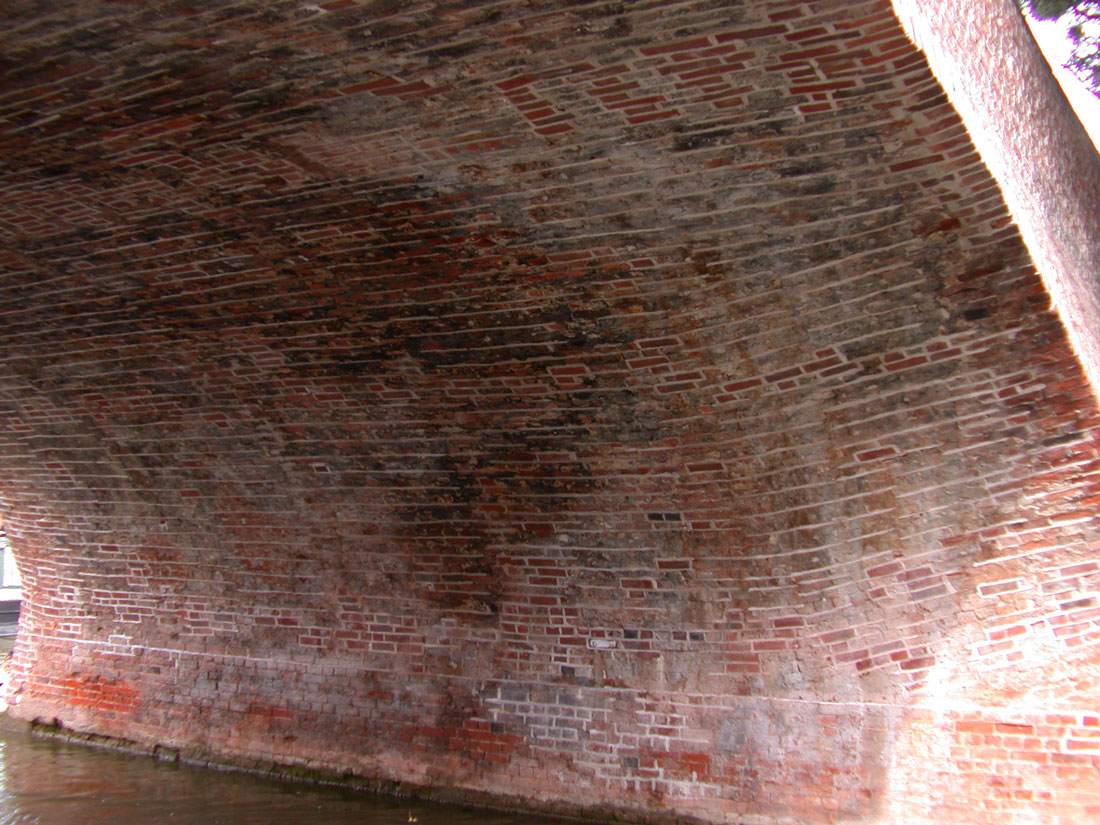 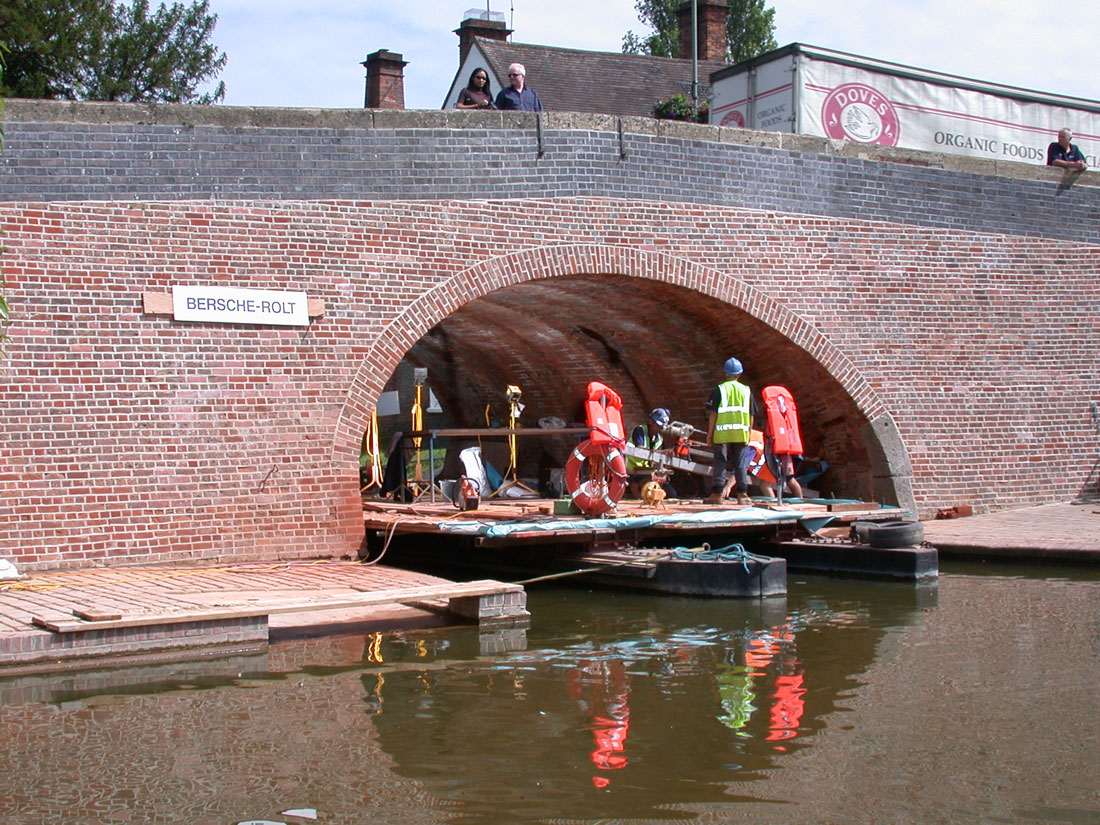 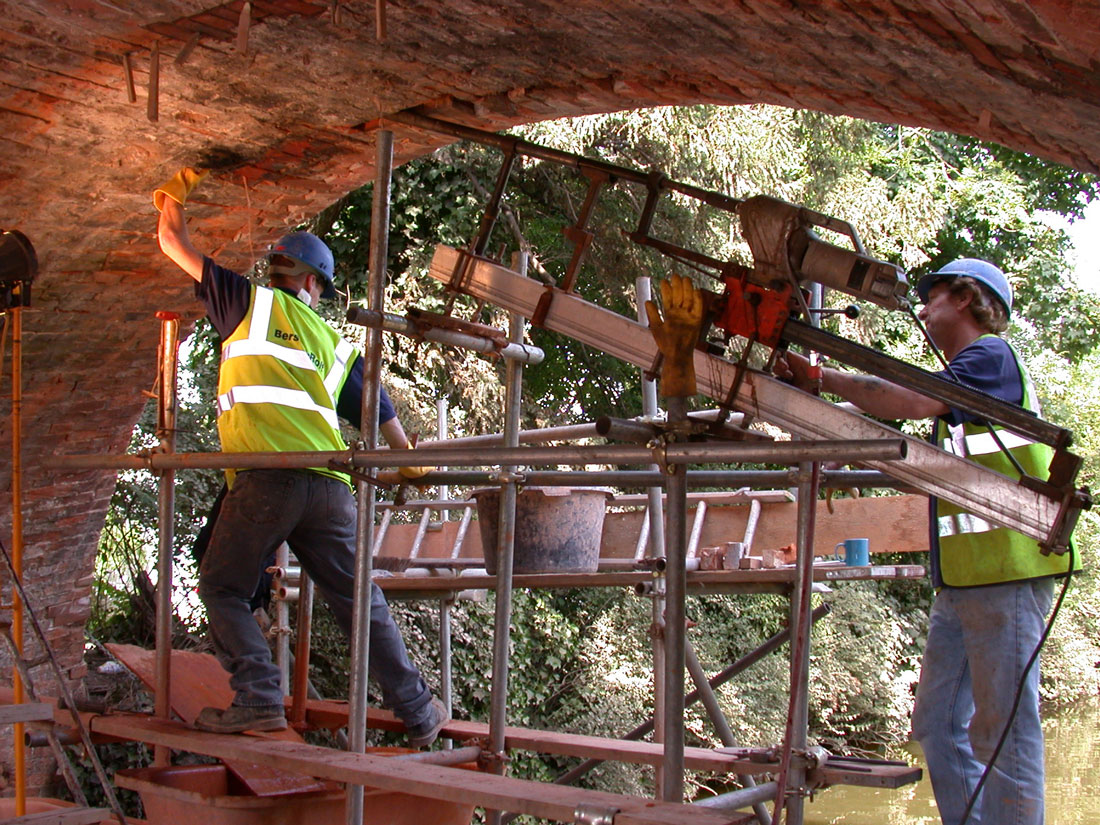 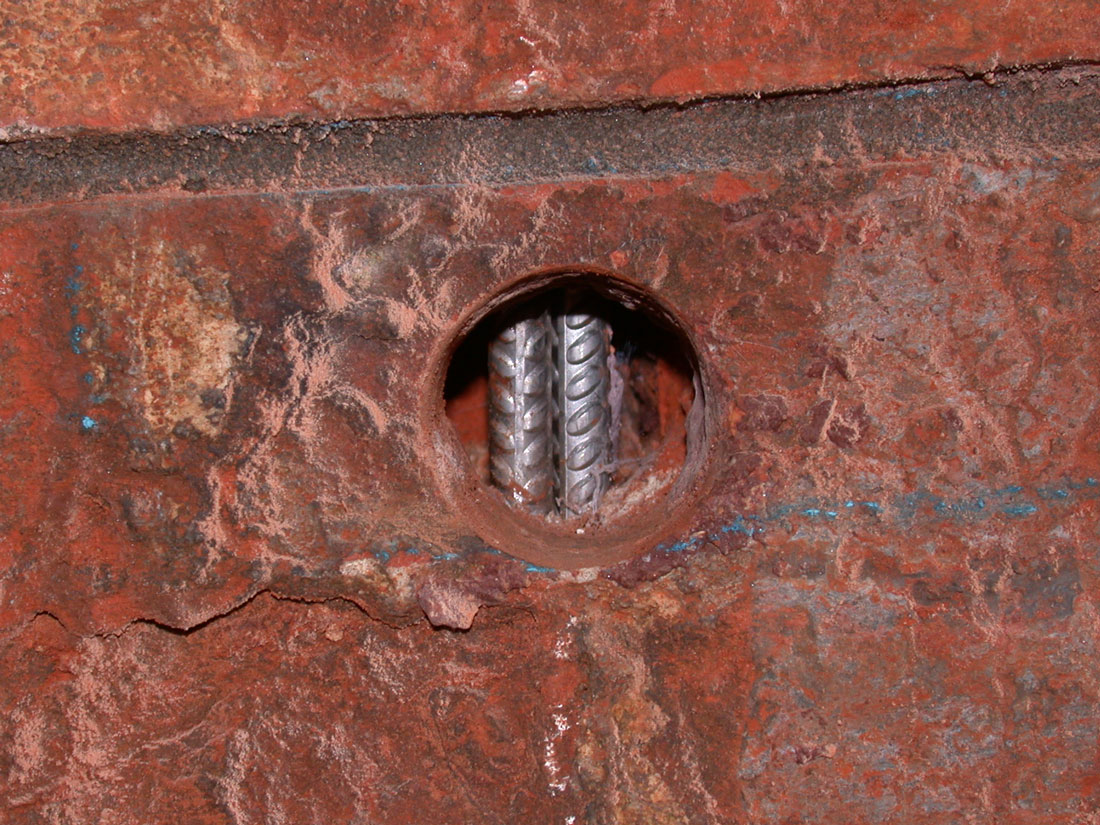 The Hungerford Canal Bridge was built circa. 1800 and carries the busy high street over the Kennet & Avon Canal. In 2001 its load-carrying capacity was assessed by West Berkshire Council as only 3 tonnes.

A feasibility study carried out by Jacobs Babtie, the council’s consultants, concluded that “retro-reinforcement” of the arch ring was the most advantageous strengthening solution in terms of cost, safety, traffic disruption, and inconvenience caused to nearby residents.

The Bersche – Rolt engineer prepared a design which included the installation of stainless steel reinforcement in holes drilled below the surface of the intrados to form a network of sub-surface reinforcement across the arch barrel, which left the appearance of the brickwork unaltered.

Services located below the road surface were not disturbed and the works were extended to include the repair and strengthening of the retaining walls and parapets.

In 2004 Bersche-Rolt's work to the Hungerford Canal Bridge was recognised at the Historic Bridge & Infrastructure Awards (HIBA) held at the Institute of Structural Engineers (ICE) headquarters in London.

The awards were sponsored by the ICE’s Panel for Historical Engineering Works (PHEW), English Heritage, Network Rail, British Waterways and the County Surveyors’ Society. Roland Paxton, chairman of HBIA commented, "Competition for this year's awards was very strong indeed. The Awards are important because they recognise and encourage excellence and innovation in historic civil engineering."

The judges said of the award, "The concept is a clear innovation. Strengthening created a bridge capable of carrying unrestricted traffic and there is a sheet of calculations to prove the high load capacity".