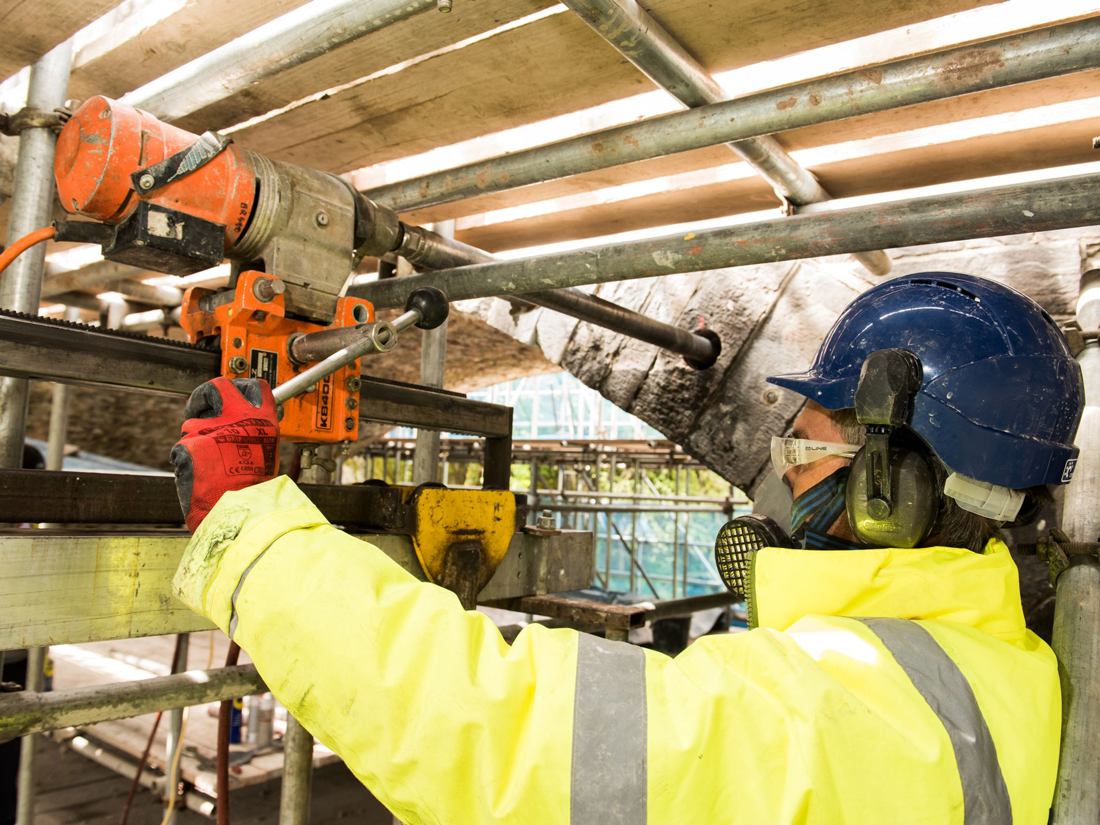 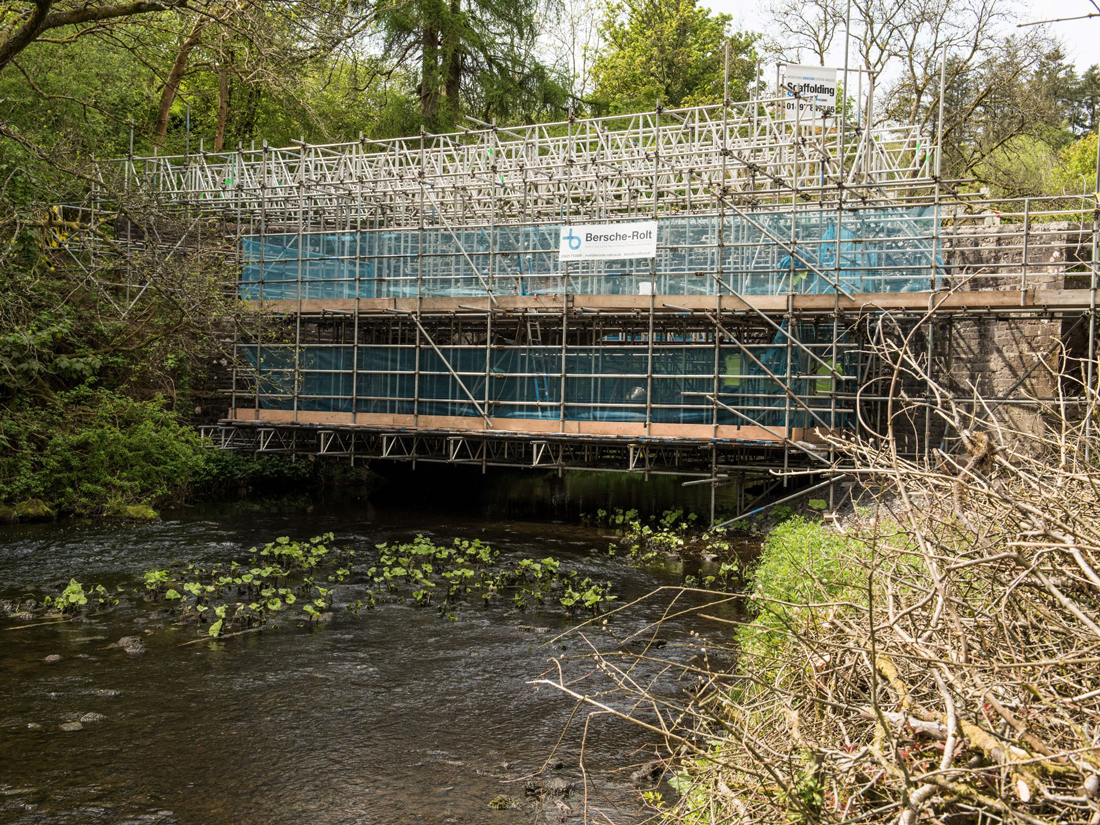 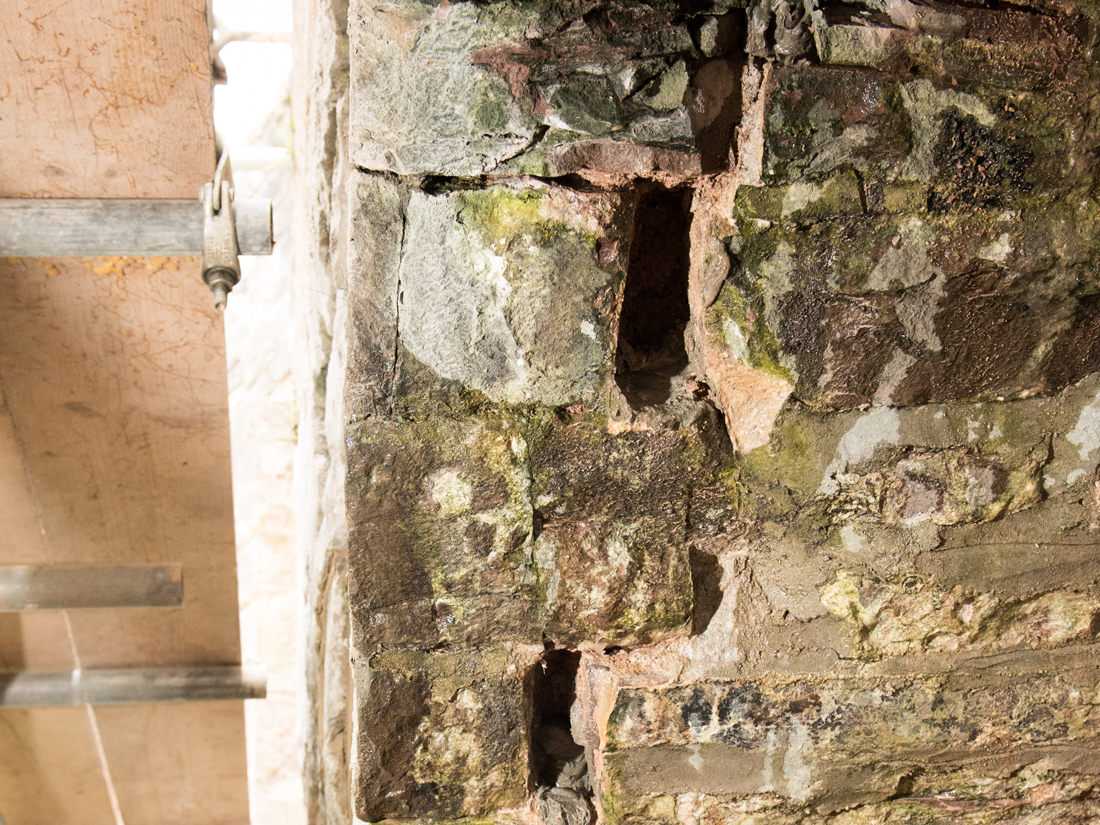 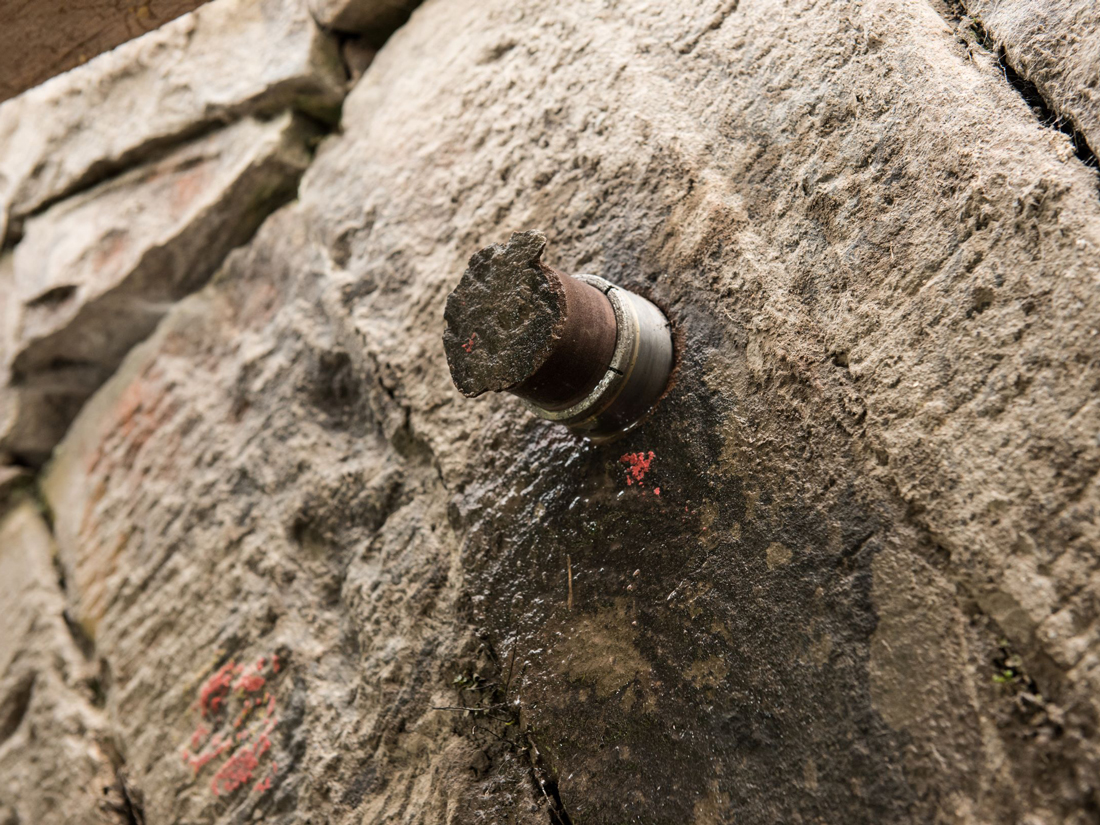 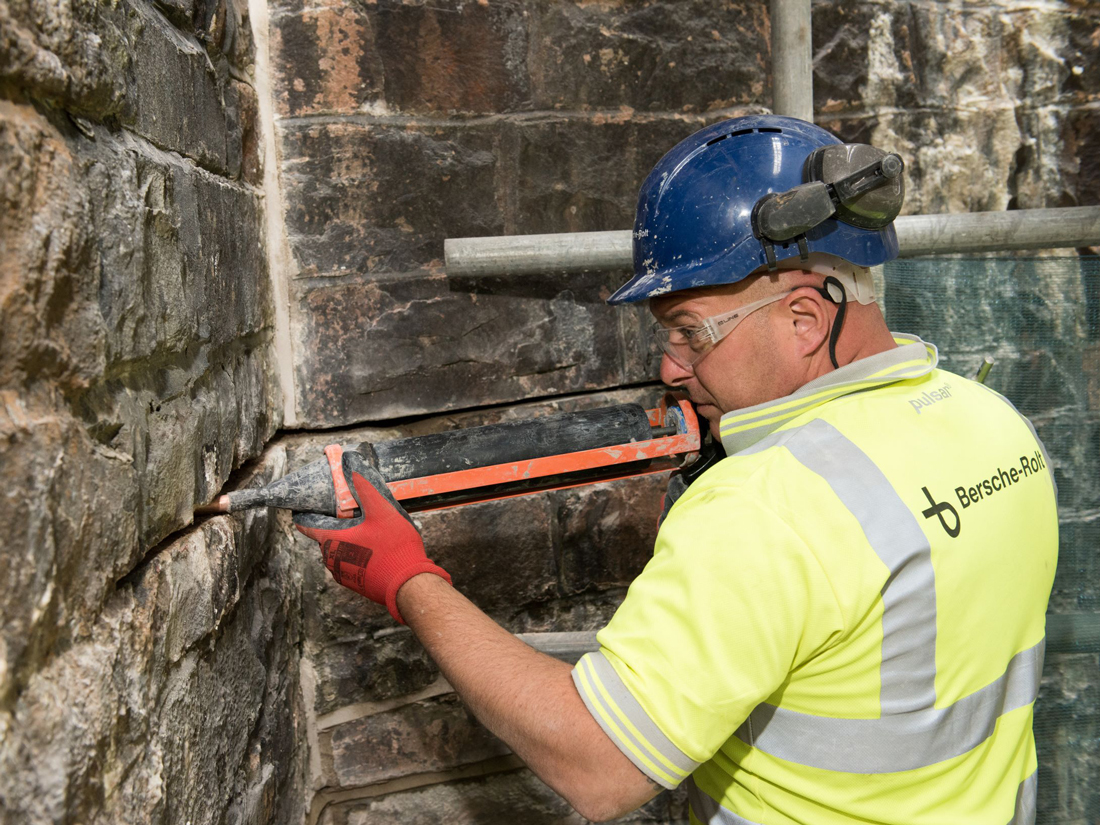 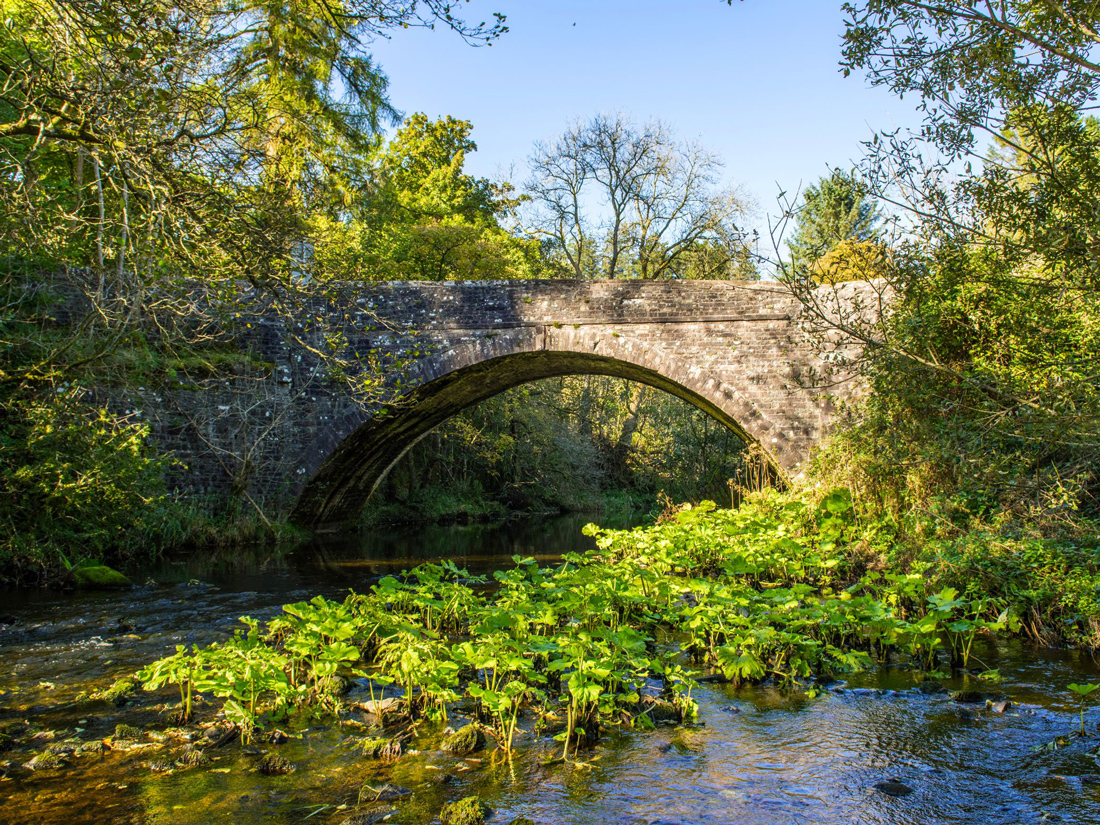 A Grade II listed stone arch bridge built c. 1825 with a 10T weight limit carrying a single lane of traffic over a shallow river within the National Park.

Constructed of random stone masonry, significant longitudinal cracks were present under the arch particularly on the west downstream quarter. There were also gaps in the intrados where stones had dropped out between cracked areas, which appeared to be progressively widening.

The west upstream face of the bridge was coated with lime, which had been washed out of the bridge masonry as a result of surface water penetration, and the parapet walls were distorted from vehicle impact damage.

The Bersche-Rolt Engineer designed a reinforcement scheme to tie the arch barrel together and to fill the voids within the bridge.

Bersche-Rolt operatives installed 28 No. transverse reinforcement bars through the arch barrel with recessed pattress plates behind cored stonework. The core caps were then replaced in order to provide a concealed solution.

Hydraulic lime grout was injected at low pressure to fill any voids in the barrel (approx. 3,600 litres).

Masonry reinforcement was also installed to cracked areas including the parapet walls.