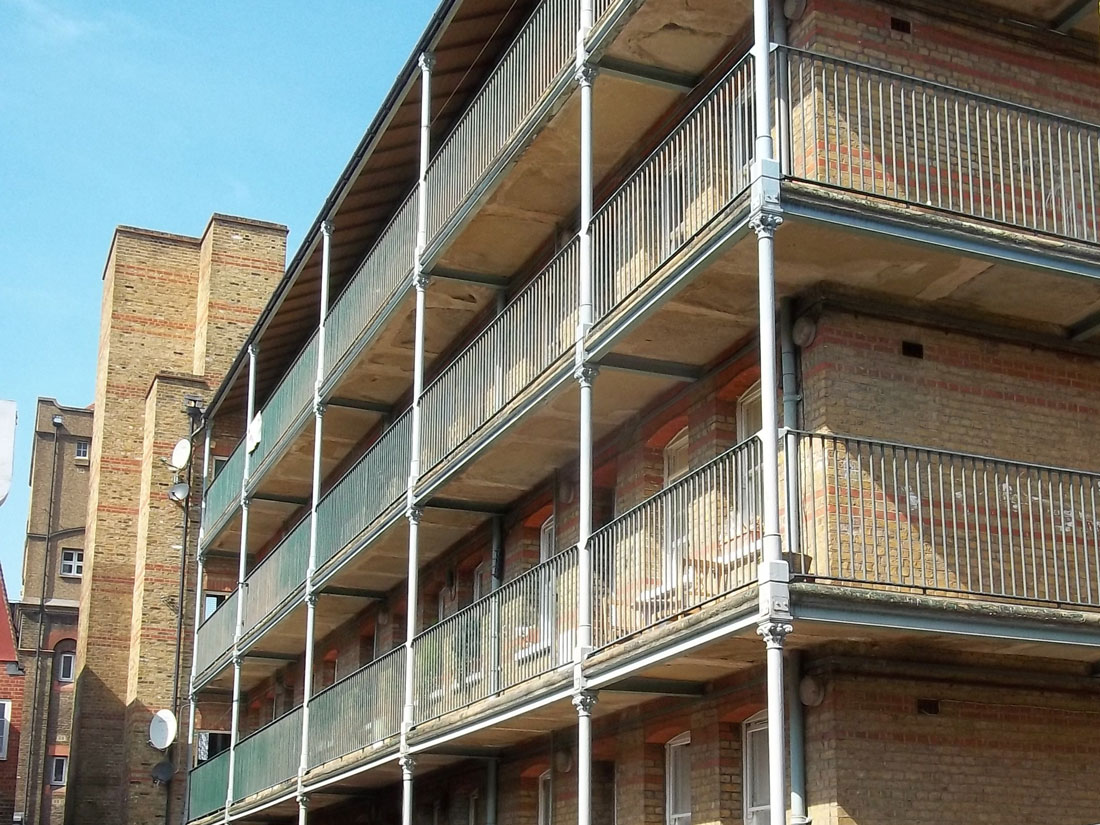 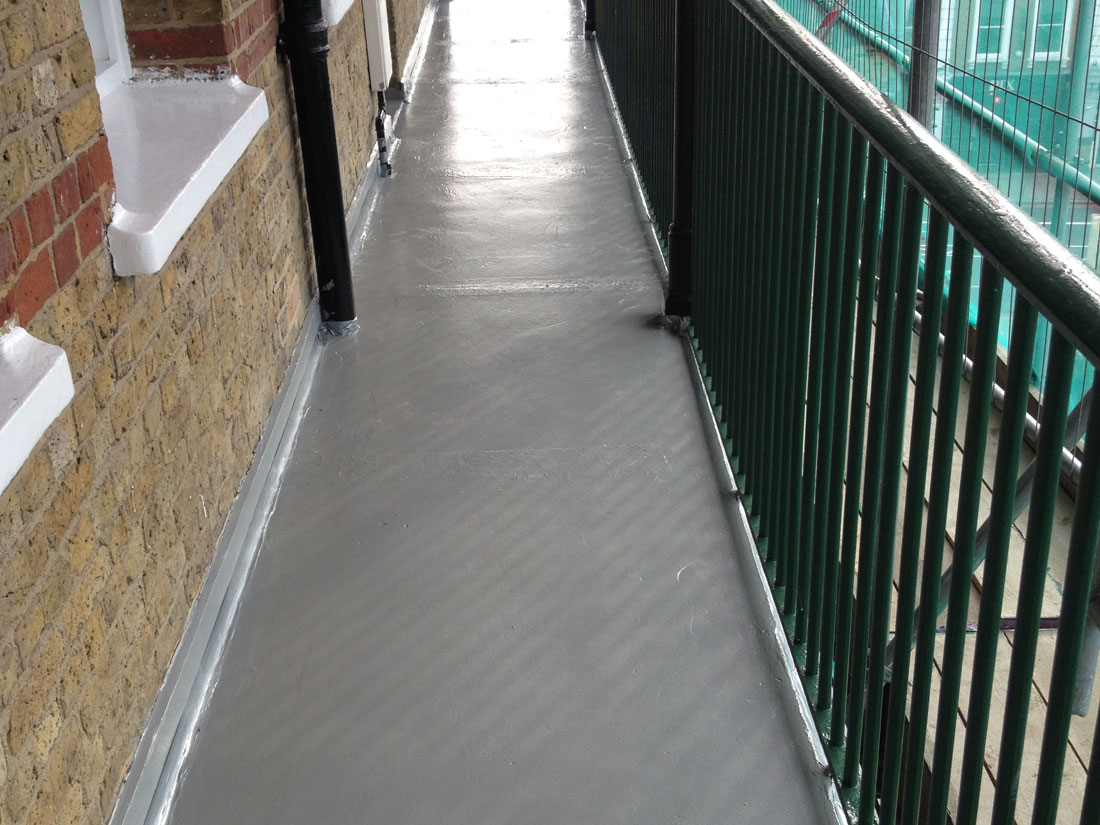 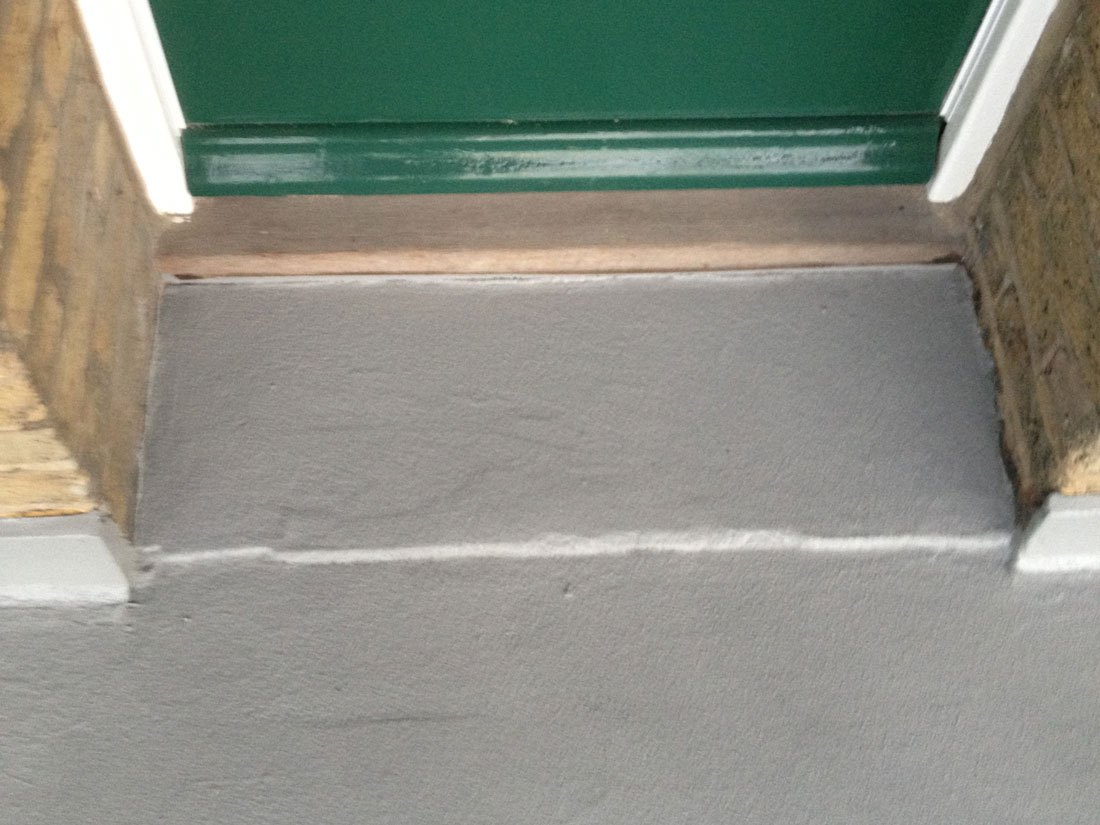 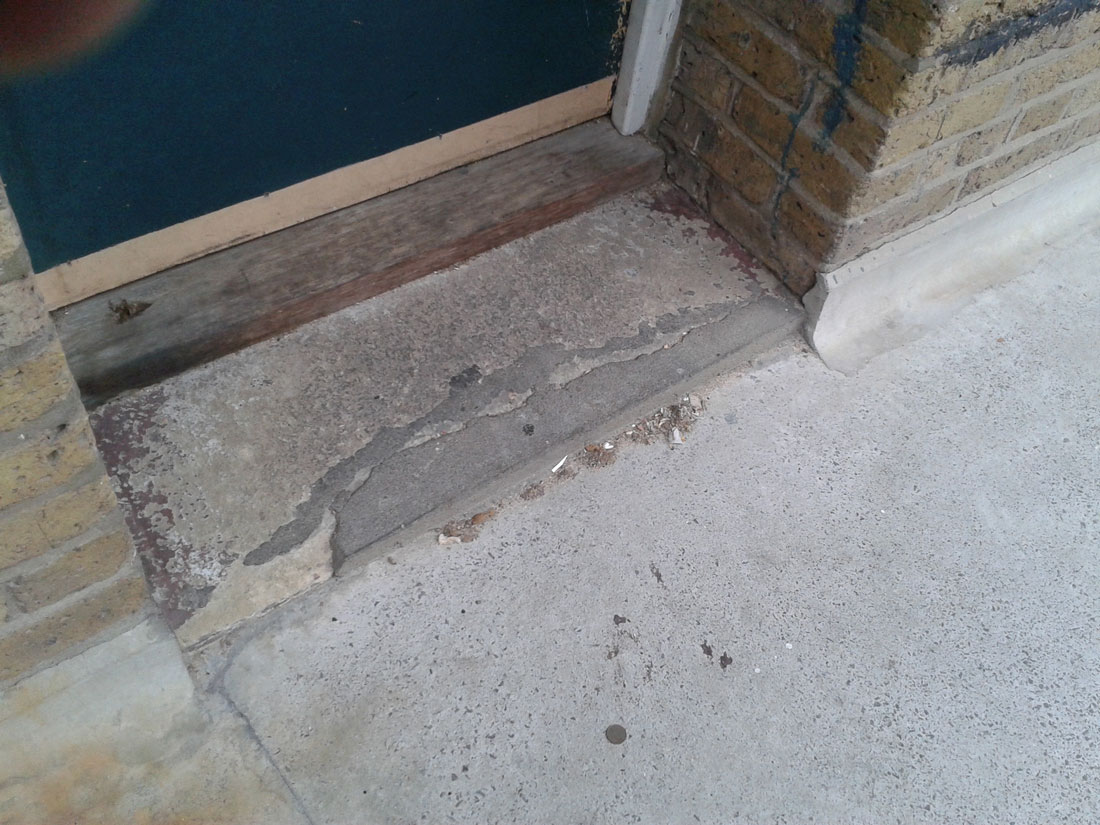 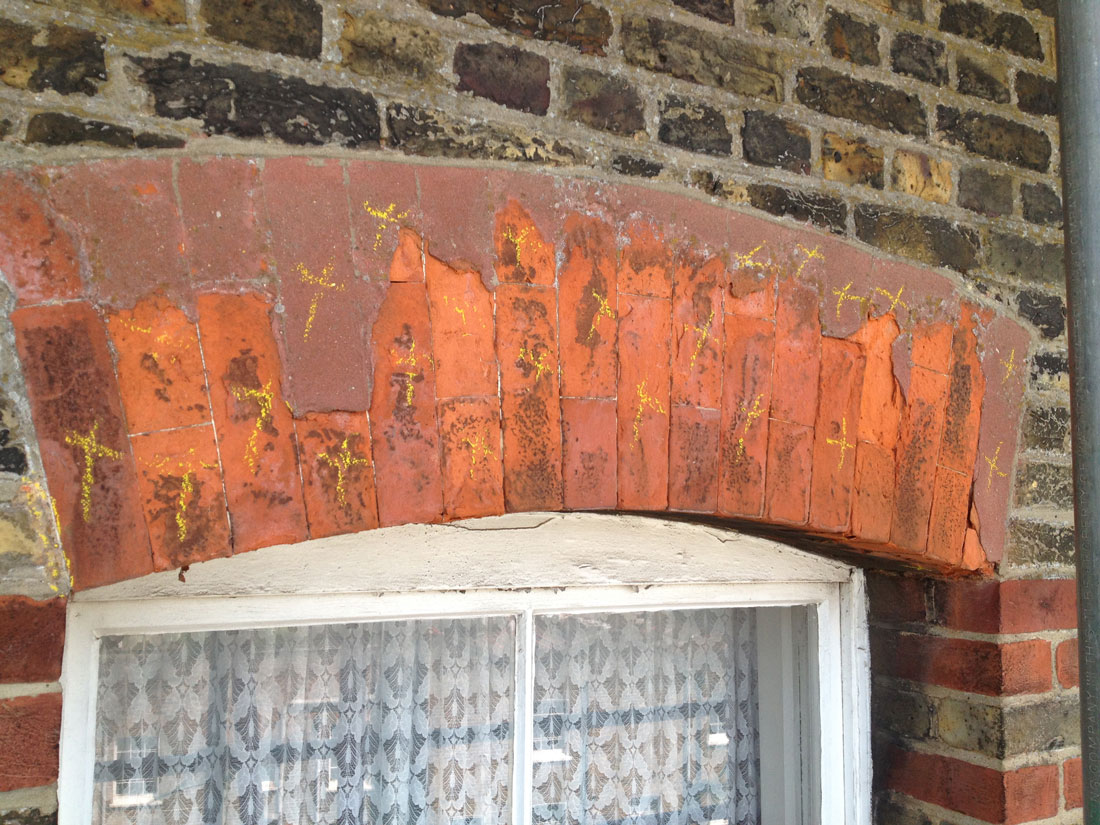 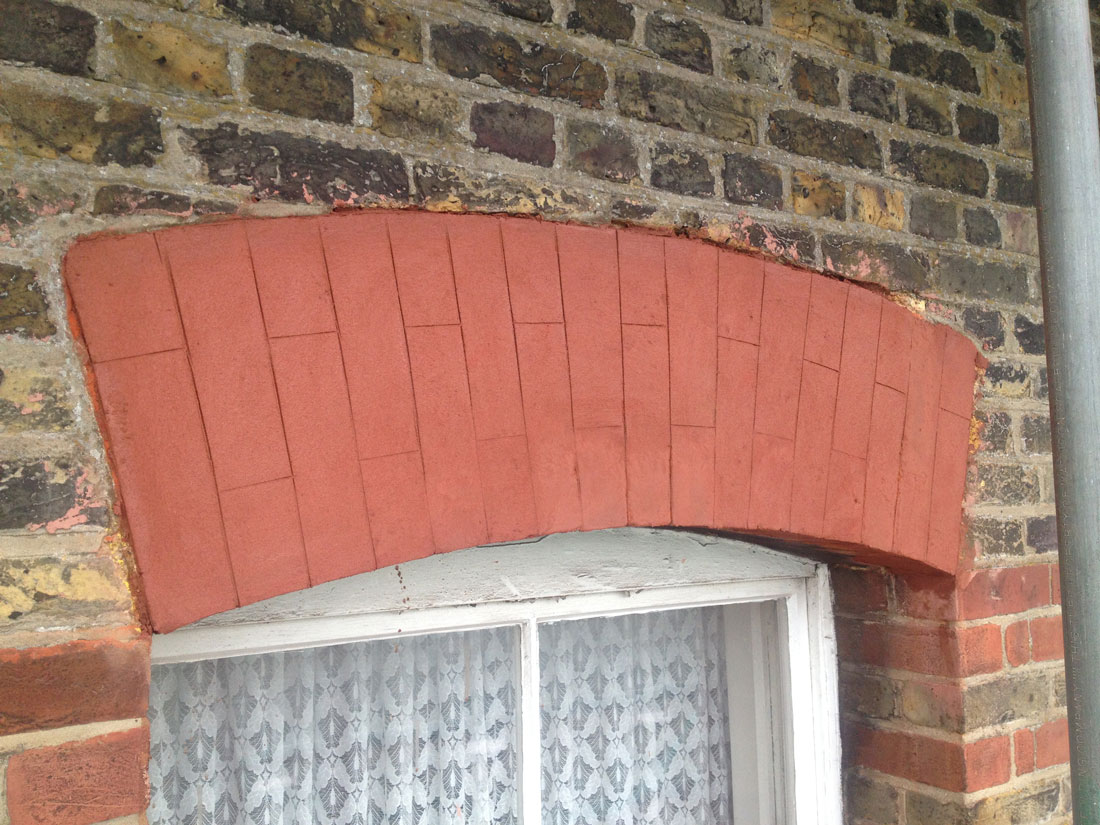 A Grade II listed five storey block of flats in a conservation area of North London.

Cracking was present to the brickwork and brick arches in various locations, frost damaged and blown bricks and eroded pointing were also visible throughout.

The soffits of the sandstone flag walkways were constructed from a friable and porous stone. The coatings were delaminating and non-compliant with fire regulations and the screed surface was also cracked.

Cast iron rainwater pipes were corroded and cracked through in places, spalled concrete thresholds were present to the flats and steel balustrade and support columns were suffering from corrosion.

On the roof spalled and cracked copings stones were present.

Damaged walkway soffits were repaired and then coated with a pigmented fairing coat to leave a maintenance free, natural coloured finish.

General brickwork repairs, replacement and re-pointing works were carried out, including bricking up of redundant flue vent holes.

Walkway movement joints and thresholds were renewed and the walkways were coated with a resin based, non-slip and pigmented coating system.

Cracks to cast iron downpipes and columns were repaired using a two part compound, contoured to match the existing and repainted.