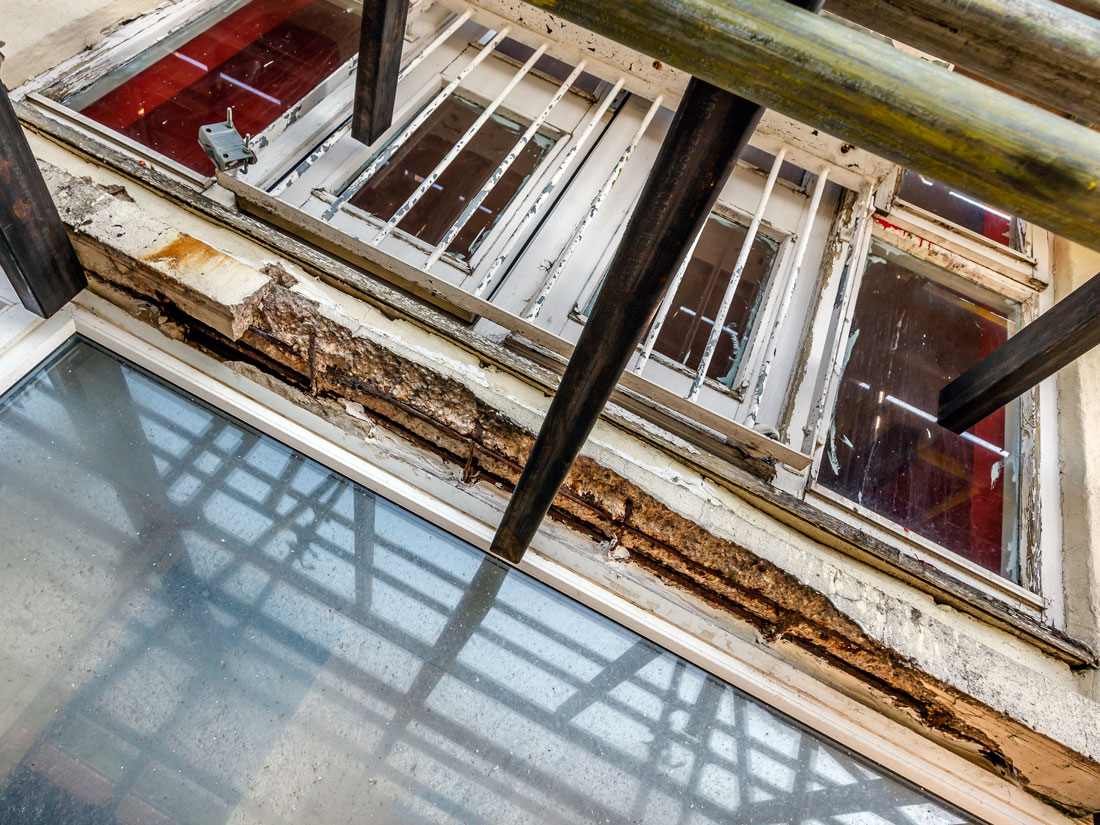 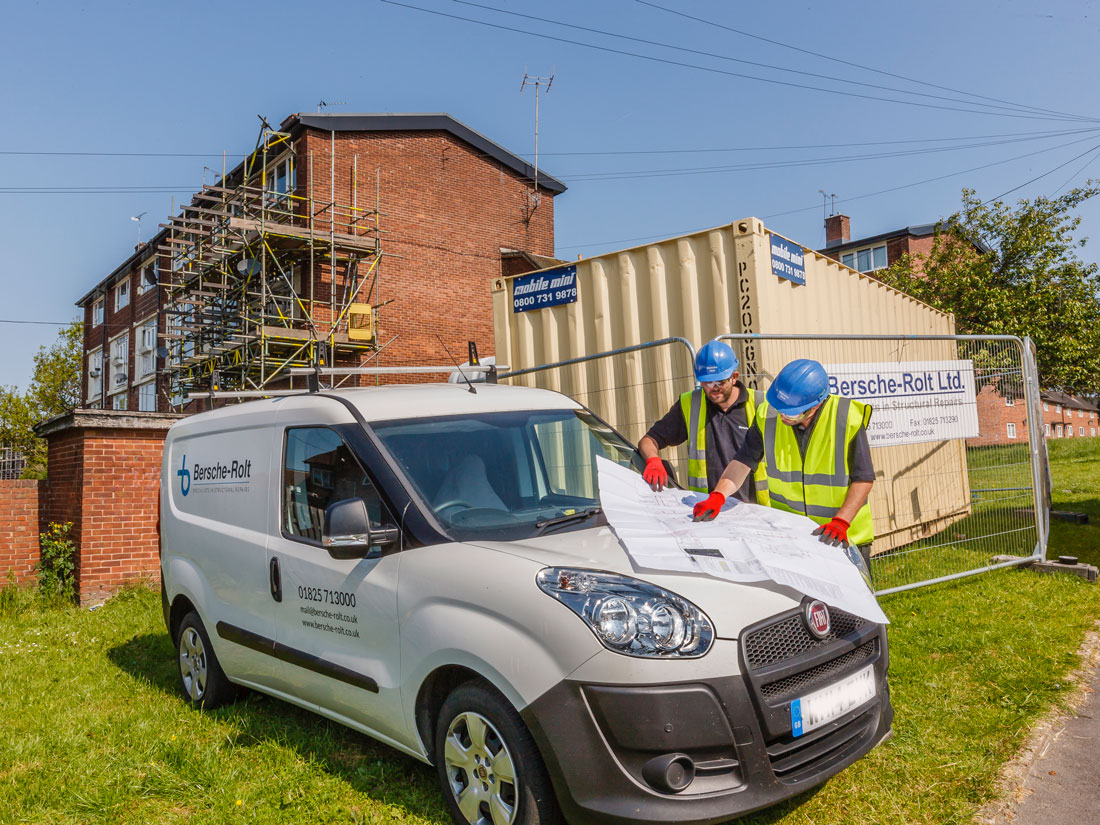 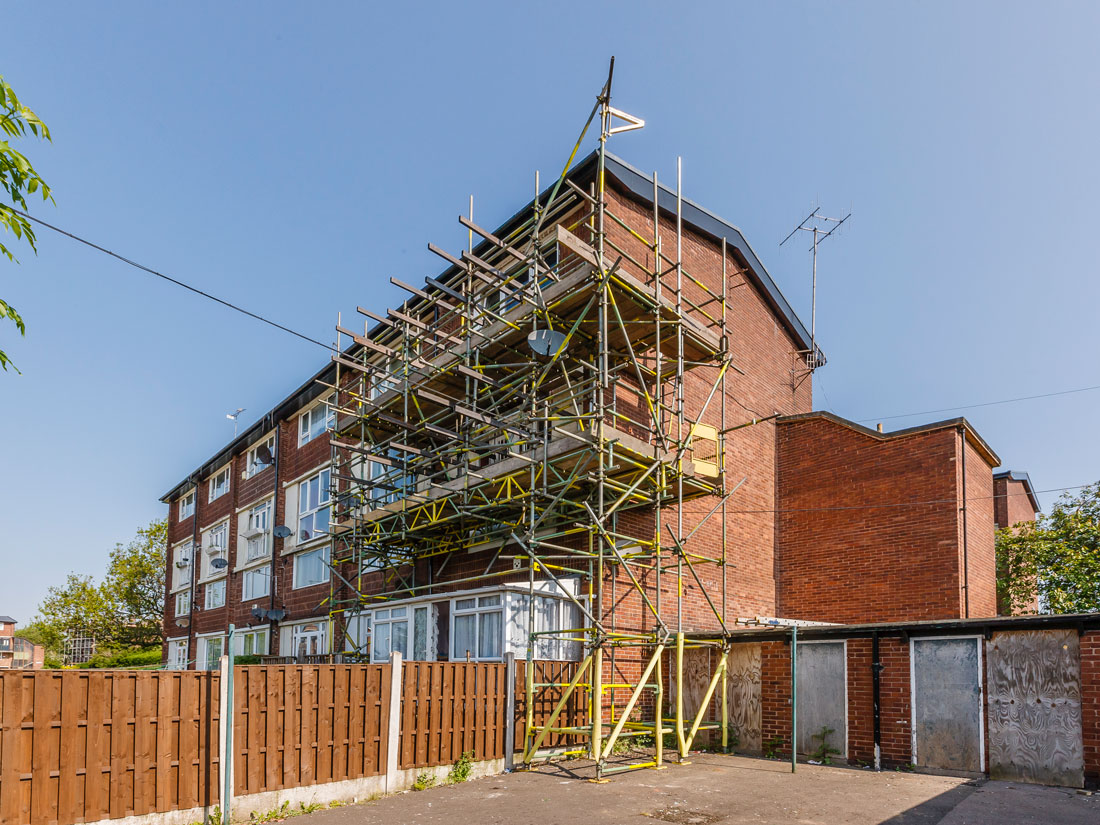 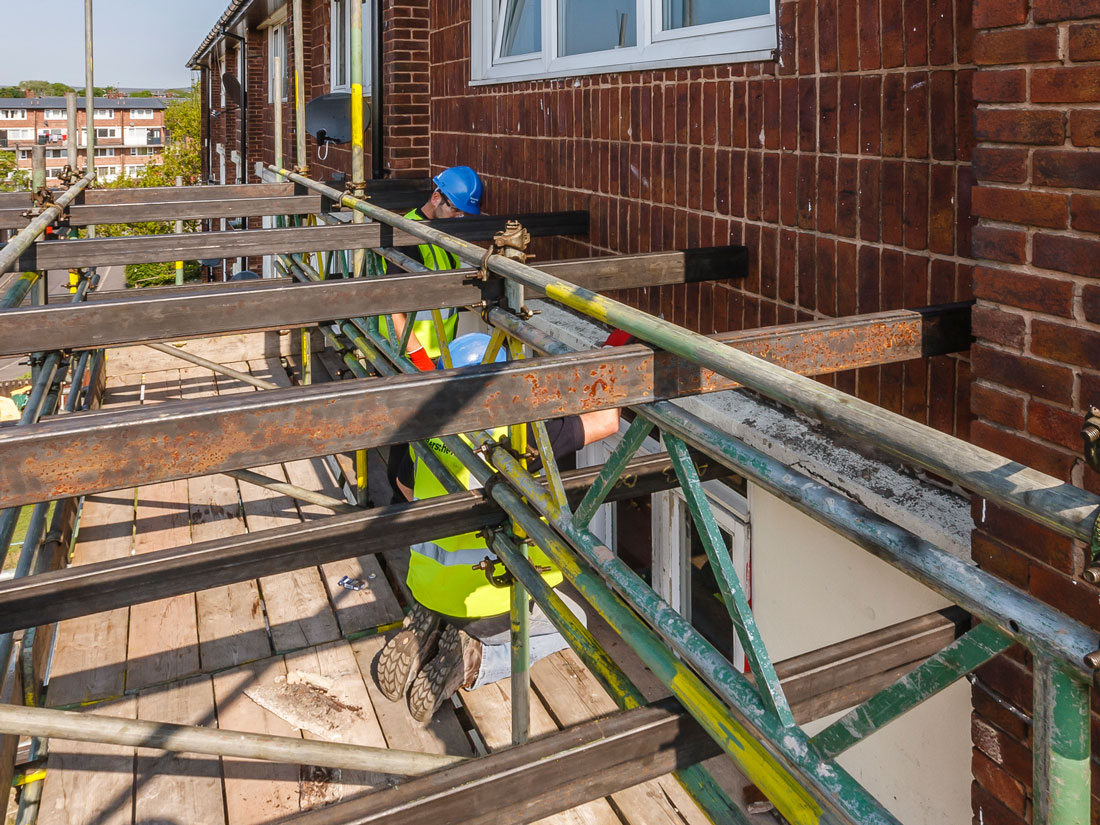 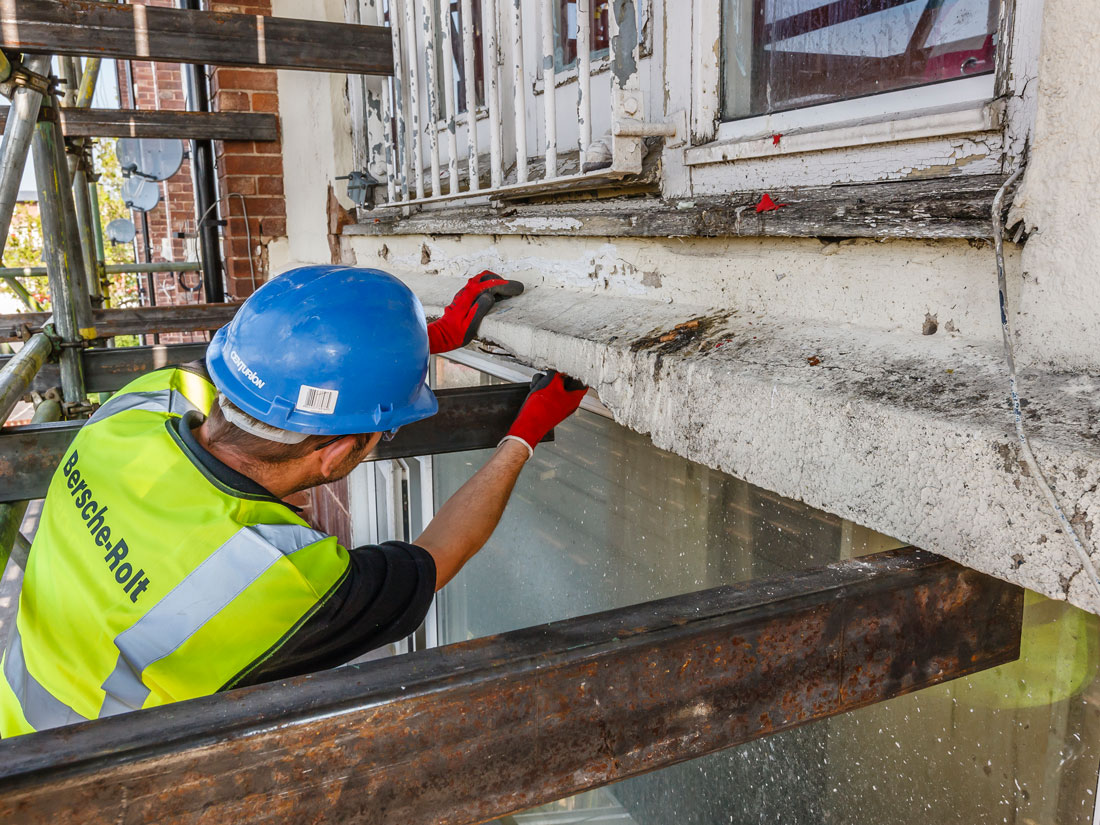 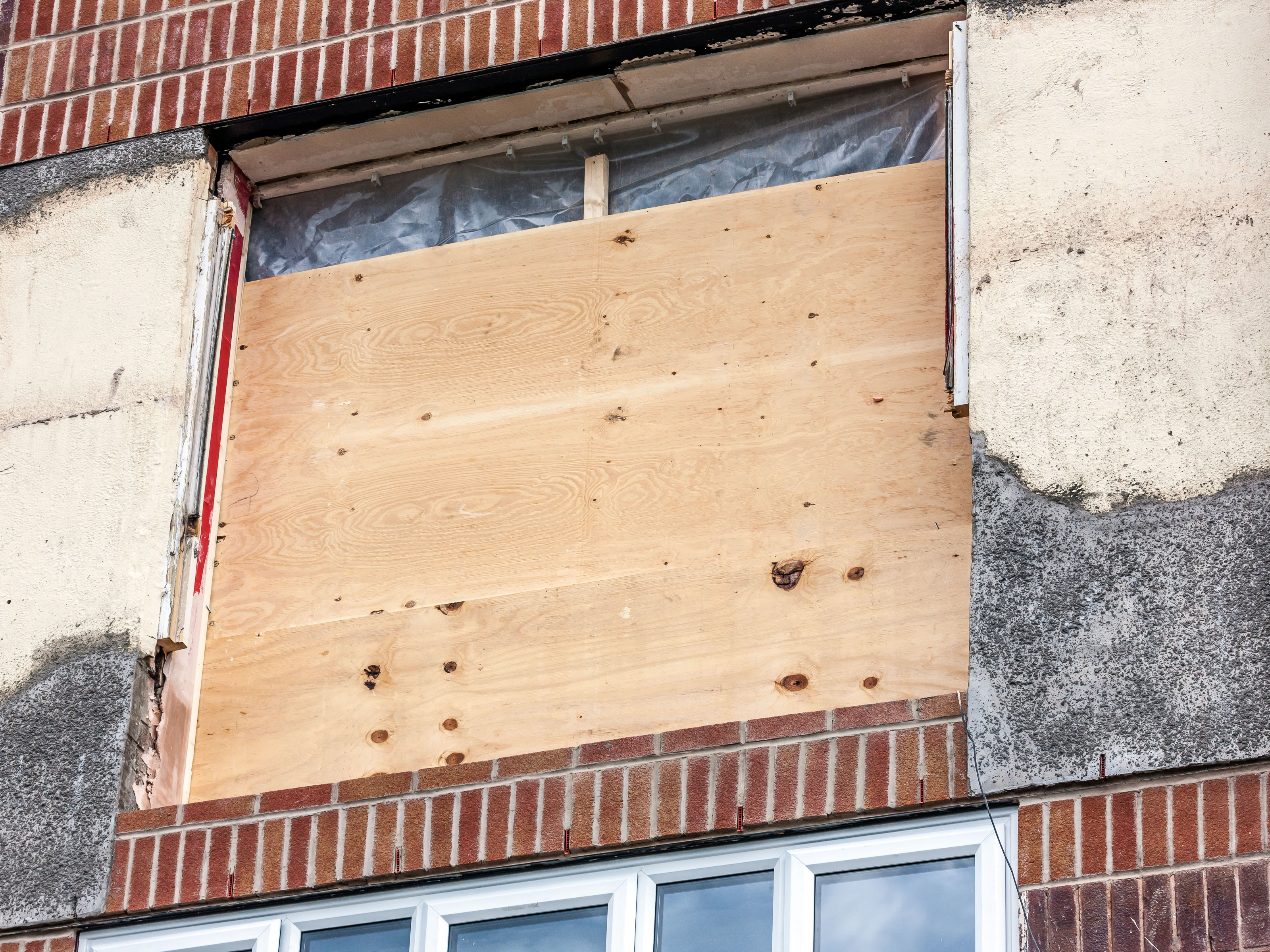 The boot lintels at first and second floor level showed extensive signs of damage to the nibs and soffits. Chloride tests conducted by the Bersche-Rolt surveyor found a wide range of chloride levels, which were particularly high to one lintel.

In order to enable the replacement of the lintels, a load bearing design scaffolding was erected in conjunction with a temporary propping system, which was designed and installed in-house by Bersche-Rolt.

As the tenants were to remain in residence throughout the works, extensive internal protection was erected between the working and living areas and to protect a conservatory at ground level.

Bersche-Rolt site personnel then carefully removed and replaced the damaged lintels before reinstating the surrounding masonry and render.